Come Saturday, and India's quest for winning the elusive yellow metal could gain a big push if they cross the hurdle named England in the first semifinal. 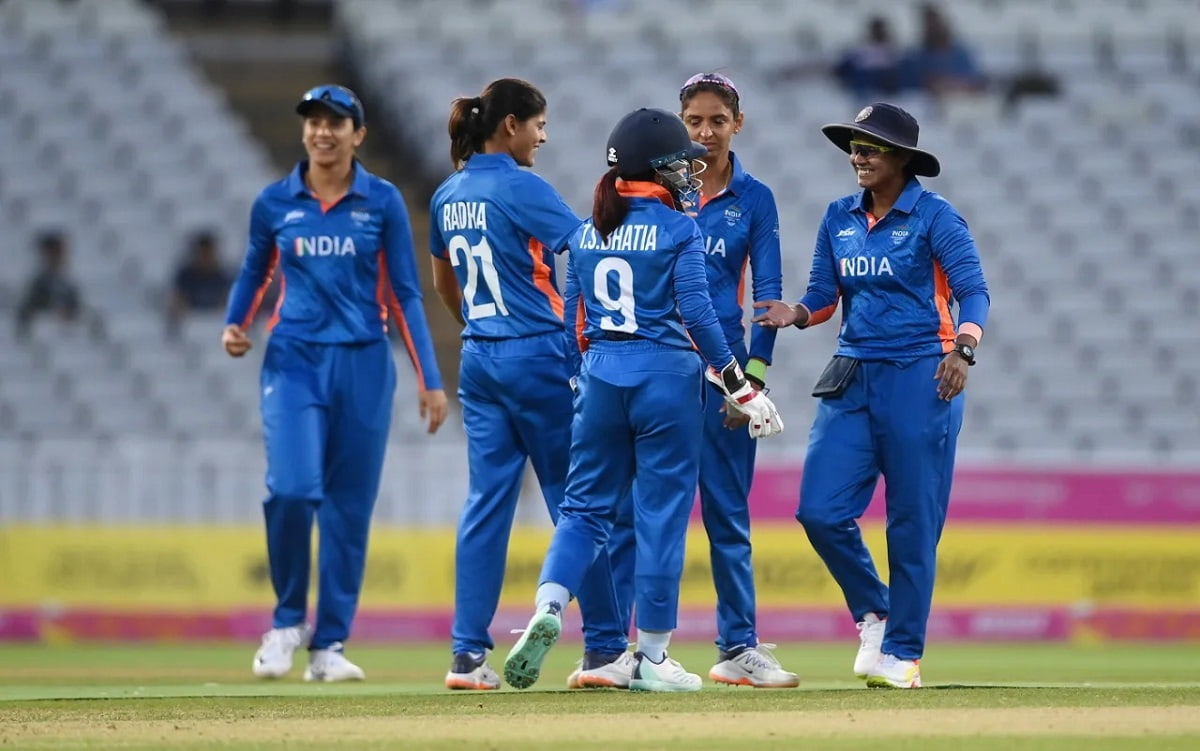 Ahead of the Indian team's departure to Birmingham for women's T20 cricket event in 2022 Commonwealth Games, words from Smriti Mandhana and Harmanpreet Kaur were all about the chance of winning a medal, especially gold, at Edgbaston.

Come Saturday, and India's quest for winning the elusive yellow metal could gain a big push if they cross the hurdle named England in the first semifinal.

For Harmanpreet and her side, the chance to get the gold medal has the opportunity to come true in the upcoming weekend. A gold or even a podium finish has the potential to inject another wave of supporters towards women's cricket, considering how winning a medal in a global sporting event is an obsession in India.

In India's campaign till now, there have been positives all around despite the heartbreaking three-wicket loss to Australia from a position of strength. Harmanpreet took the lead in attacking with the bat against Australia, which was carried forward by Smriti Mandhana and Shafali Verma against Pakistan. Against Barbados, where they were reduced to 92-4, Jemimah Rodrigues (56 not out) and Deepti Sharma (34 not out) delivered the goods with the bat.

With the ball, pacer Renuka Thakur has smashed her way to picking two four-wicket hauls and becoming the current leading wicket-taker in the competition. Experienced all-rounder Sneh Rana's first match in the multi-nation event saw her stifle Pakistan's run flow and with support from Deepti and Radha Yadav, India's spin department is doing a steady job.

But one of India's weak links in the recent past has been the inability to win big matches. Like, in the ODI World Cup this year, they were unable to defeat Australia, England, New Zealand and South Africa (by the barest of margins).

Moreover, England have been a team which has snapped India's road to glory in the past, be it be in ODI World Cup final in 2017 or in semi-finals of T20 World Cup in 2018.
Despite the absence of regular captain Heather Knight, England have a formidable look as they topped Group B, compared to India's second place finish in Group A.

Teenager Alice Capsey has been at her attacking best at number three while veteran pacer Katherine Brunt has chipped in with both bat and more importantly, with the ball. Left-arm spinner Sophie Ecclestone, young pacers Issy Wong and Freya Kemp have been delightful to watch.

One hopes that India, with a 'killing attitude', hope to erase the differences of the past which have led them to be second best in the matches which mattered a lot and continue their quest for a gold medal.