Sep 8 (CRICKETNMORE) Pat Cummins struck again on the final day of the fourth Test at Old Trafford to get Australia closer to retaining the Ashes. Cummins broke a stubborn 66-run stand between Jason Roy and Joe Denly before getting the big wicket of Ben Stokes to leave Australia six wickets away from victory. 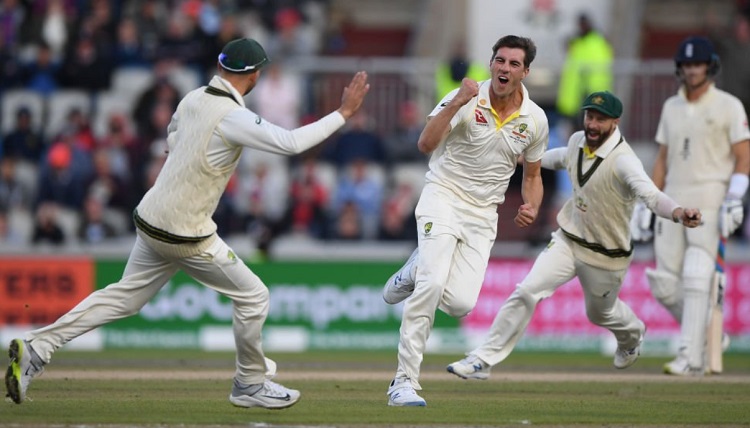 Roy and Denly started on an overnight total of 18/2 with Cummins dismissing Rory Burns and England captain Joe Root off consecutive deliveries in the first over of the England innings towards the end of Day 4. Roy fought on to reach 31, his highest score in a series in which he has mostly struggled for runs.

However, Cummins managed to get one through his gates in the 25th over to provide Australia the breakthrough. Stokes, who remarkably took England to victory in the previous Test with an unbeaten 135 walked in to warm applause from the Old Trafford crowd.

Stokes was cautious throughout his stay in the middle but it turned out to be a short one. Cummins pitched it back of a length and Stokes tried to take his bat our of the way in the last minute. Tim Paine took the catch and was celebrating straightaway while Stokes started walking before the umpire raised his finger. At lunch, Denly stood resolute at 48 off 106 balls while Jonny Bairstow kept him company.