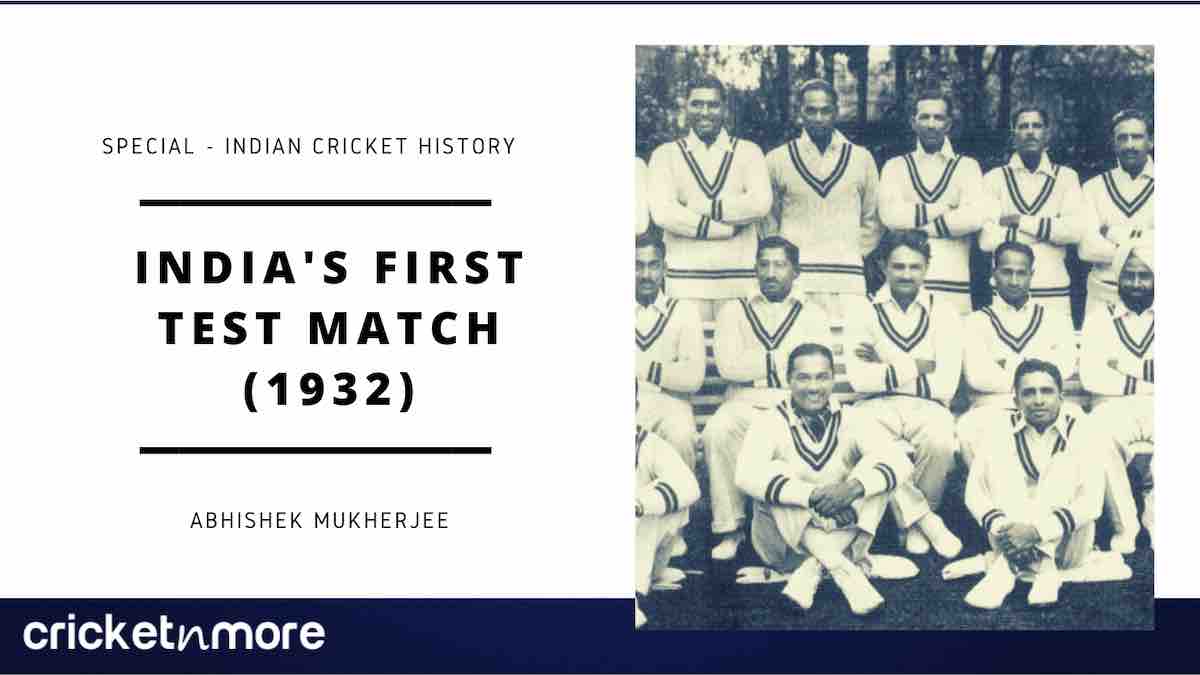 India played their first Test match in 1932. The Maharaja of Porbandar led the squad, while his brother-in-law Kumar Shri Limbdi was vice-captain. Neither was a great cricketer, and decided to sit out on most matches. CK Nayudu was India's captain for all practical purposes, including the solitary Test match.

The Indians did well on the tour, winning nine matches, drawing nine, and losing eight despite the hectic schedule. Since they were not used to playing continuously, the Indians picked up injuries towards the end of the summer.

Even then, this was an impressive performance, more so because they were without some important players. The Hindu Gymkhana had boycotted the tour following Mahatma Gandhi's arrest, which meant that there was no LP Jai, Vijay Merchant, or Champak Mehta. Duleepsinhji and Iftikhar Ali Khan Pataudi played against the Indians, for Sussex and Worcestershire respectively.

Nayudu scored 1,618 runs and took 65 wickets, and was named a Wisden Cricketer of the Year. Naoomal Jaoomal and the brothers Wazir Ali and Nazir Ali also crossed the 1,000-run mark. The three fast bowlers – Mohammad Nissar, Amar Singh, and Jahangir Khan – took 235 wickets between them.