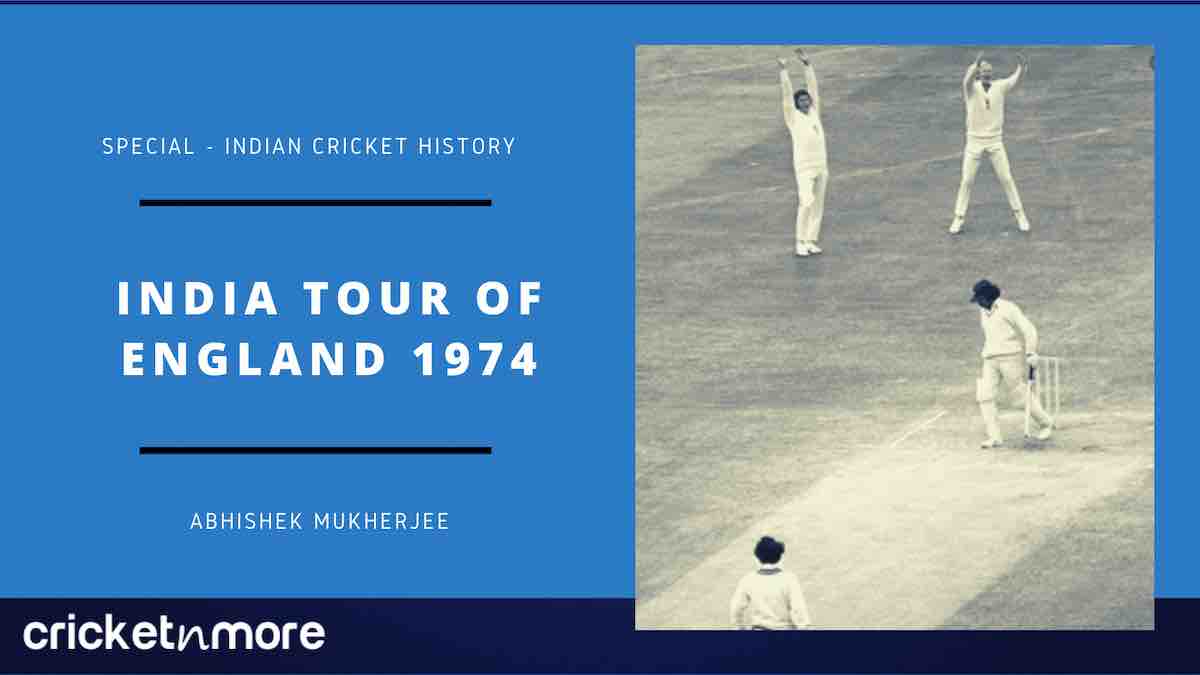 Three years after their triumphant tour of 1971, India was whitewashed 0-3 in England. India also played their first two ODIs on this tour and lost both. This was one of India's worst tours in more ways than one.

The first Test match, on a green Old Trafford pitch, did not go too badly for India. During the match, English debutant Mike Hendrick clean bowled Indian debutant, Madan Lal. The ball uprooted the off-stump, brushed the middle-stump, then knocked out the leg-stump. Madan Lal turned around to see only the middle-stump standing!

Worse followed at Lord's. England got 629, then bowled out India for 302 and enforced the follow-on. India batted 2 overs on Day 3 and finished on 2 for no loss.

The conditions were overcast the next morning. They lasted 15 overs and 39 minutes the next morning. The 42 all-out (the injured Bhagwat Chandrasekhar did not bat) remained India's lowest Test total until recently when they were bowled out for 36 at Adelaide. Until 2019, it also remained the shortest completed innings since World War 2.

Chris Old took 5/21 and Geoff Arnold 4/19. It was a performance so humiliating that the tour came to be known as the Summer of 42.

At The Oval, England lost only two wickets in the entire match and still won by an innings (they scored 459/2 and bowled out India for 165 and 216).

Upon return, Ajit Wadekar was not only sacked as captain, but he was also dropped from first the India team, then the West Zone Duleep Trophy side. He announced retirement.

Back in 1971, they had erected the Vijay Balla in Indore to celebrate the heroic win. Now they smeared tar over the giant concrete bat.

A year later, India toured England again, for the first-ever World Cup. They beat East Africa but were knocked out after losing to both England and New Zealand.