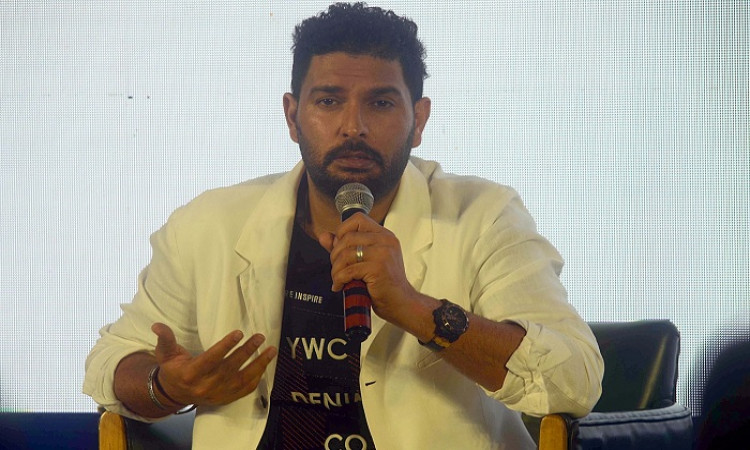 New Delhi, June 10 (CRICKETNMORE):  After 25 years in and around the 22 yards and almost 17 years of international cricket, swashbuckling batsman Yuvraj Singh on Monday announced his retirement from the game and Indian cricketers took to Twitter to post their tributes for the man who almost single-handedly won India the 2011 World Cup.

Starting off in 2000 in the ICC KnockOut Trophy, he last played a Test for India in 2012 and last featured in a limited-over series in 2017.

Also Read: 3 times when Yuvraj Singh changed the game with his fielding

The 37-year-old had a dream run in the 2011 World Cup as he amassed 362 runs, including one century and four fifties. He also picked up 15 wickets, won four Man-of-the-Match awards besides being named the Player of the Tournament.

In the process, he became the first all-rounder to score 300-plus runs and take 15 wickets in a single edition of the showpiece event.

"Congratulations on a wonderful career playing for the country paji. You gave us so many memories and victories and I wish you the best for life and everything ahead. Absolute champion. @YUVSTRONG12," India skipper Virat Kohli tweeted.

Yuvraj's former teammate, Mohammad Kaif, who played a key role in India's historic victory in the 2002 NatWest Trophy along with Yuvraj, said: "One of the greatest match-winners in the history of the game,a fighter who built an extraordinary career through difficult challenges & came out a winner every time-We all are so proud of you #YuvrajSingh , u can be very proud of what u have you done for our country @YUVSTRONG12."

"Players will come and go,but players like @YUVSTRONG12 are very rare to find. Gone through many difficult times but thrashed disease,thrashed bowlers & won hearts. Inspired so many people with his fight & will-power. Wish you the best in life,Yuvi #YuvrajSingh. Best wishes always," former India opener Virender Sehwag tweeted.

V.V.S. Laxman also remebered Yuraj's notable contribution to Indian cricket and tweeted: "It's been an absolute pleasure playing with Yuvi. You will go down as one of the greatest players in the history of the game. You have been an inspiration to us with your resilience, determination & above all the love & passion you showed towards the game. Good luck @YUVSTRONG12"

"End of an era! Yuvi pa, ur ability with the bat, the glorious 6s, the impeccable catches & the good times we've had, will be missed beyond years. The class & grit u brought to the field will be an inspiration forever. Thank u, @YUVSTRONG12 Have an equally remarkable 2nd innings!," Suresh Raina tweeted.