After losing their first two matches in the ongoing edition of the Caribbean Premier League, Barbados Royals finally had a win against their name. All-rounder Raymon Reifer was unbeaten on 31 before claiming 3/31 to secure a win for Barbados by 15 runs over Jamaica Tallawahs on Saturday. 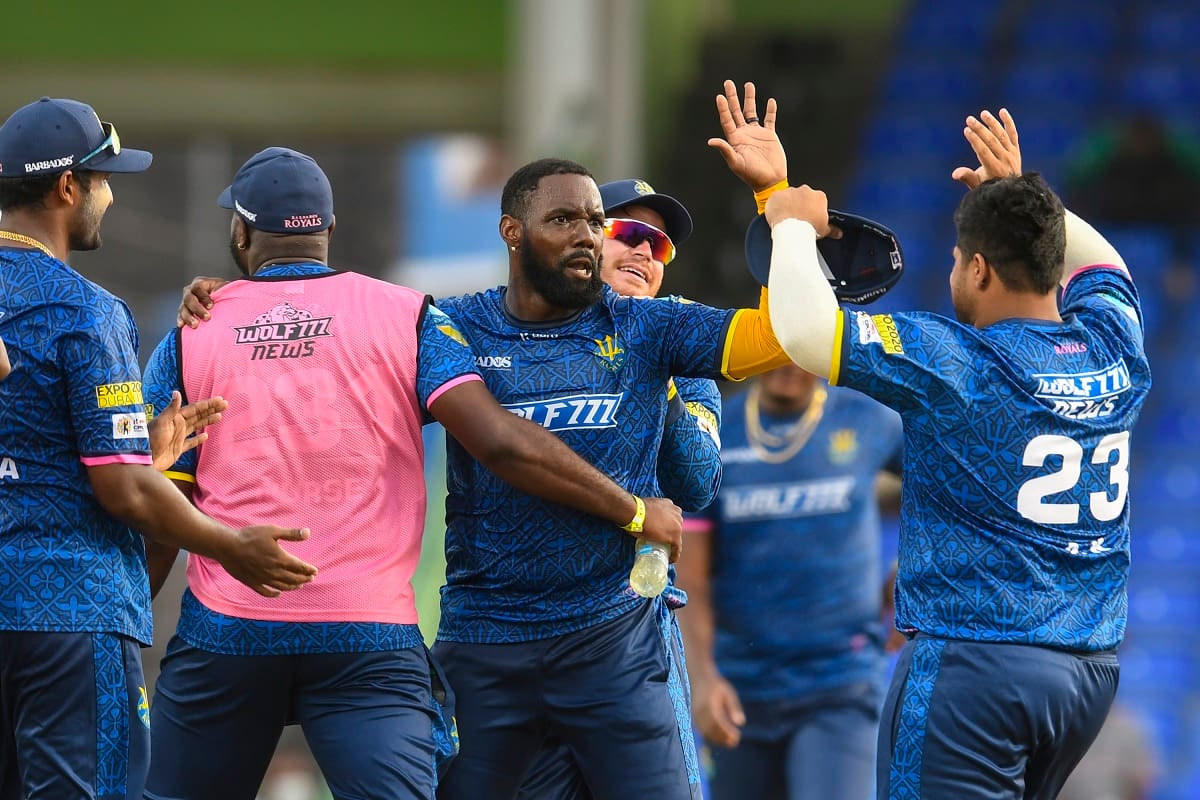 Reifer's spell included a match-changing double-wicket 15th over, claiming Carlos Brathwaite followed by Andre Russell for a golden duck. That double strike caused Jamaica to fall from 99/4 to 103/6, eventually falling short in the chase of 162 on Saturday.


Three Things To Look Back After Third India-England Test

After electing to bat first, Barbados slipped to 51/4 after seven overs. At 106/5, it felt that Barbados won't touch the 150-mark. But Reifer teamed up with Glenn Phillips for an unbroken partnership of 79 runs for the sixth wicket.

The duo's late flourish helped Barbados massively as the last two overs fetched 13 and 18 runs respectively. Phillips finished unbeaten on 56 runs off 46 balls while Reifer was unconquered on 31 runs off 20 balls.

Jamaica's pursuit of 162 got off to a bad start as they were reduced to 33/4 in 5.2 overs. But Carlos Brathwaite and Shamarh Brooks added 66 runs for the fifth wicket. With Russell still waiting in the wings, Jamaica looked good to overhaul the target.

Though Migael Pretorius and Chris Green got some boundaries, it was too late for Jamaica to complete a win.

Player of the match: Raymon Reifer