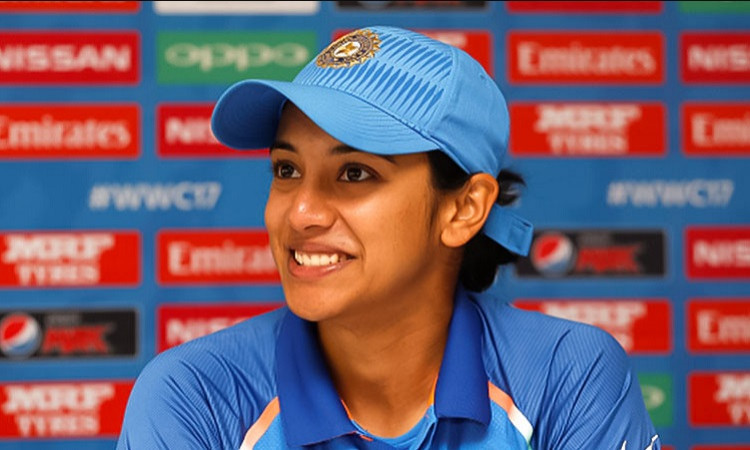 Ace Indian batswoman Smriti Mandhana believes the ongoing Covid-19 pandemic, which has claimed lakhs of lives across the world, has not impacted women's cricket more than that of men.

The last women's international game was played during the T20 World Cup final when Australia defeated India in front of a record crowd at the Melbourne Cricket Stadium. Since then, women's cricket has been on a standstill and several series -- like India tour of England, Australia tour of South Africa and South Africa tour of England -- have been cancelled. However, it is now scheduled to start with the five-match T20I series between England and West Indies from September 21.

"Well, I can't say that it (Covid-19 pandemic) has impacted women's cricket more. Women's cricket got a good jump after the T20 World Cup in Australia," Mandhana told in an exclusive interview.

"I feel that if the women's cricket would have happened right after the World Cup then obviously it would be better for the game. Now we have to again start performing and get that interest back."

The left-handed batter further revealed that the Indian players had begun their training during the lockdown itself and have been carrying out with their fitness training program at their homes.

"It is a true fact that we have not played any cricket since the Women's T20 World Cup final but we all have begun with our training during the lockdown itself. Each one of us are keeping our fitness and performing skill work at home," said Mandhana.

"The match practice sessions are something that is completely different so will see that later.

Because of the pandemic, the Women's World Cup, which was scheduled to be played in February next year in New Zealand, has also been postponed until 2022. However, Mandhana feels the team has been preparing well for the tournament and they have now got an extra year to work towards their goal of lifting the trophy.

The 24-year-old, who was the vice-captain of the team during the T20 World Cup, insisted that captaincy is something which is not on her mind and all that she is focussed upon currently is to win matches for the country.

"Well, the goal right now for me is to only win matches for my nation and nothing else," said Mandhana, who has played 2 Tests, 51 ODIs and 75 T20Is.

"Captaincy is something that will happen to you when it has to. I personally haven't thought about it yet," she added.