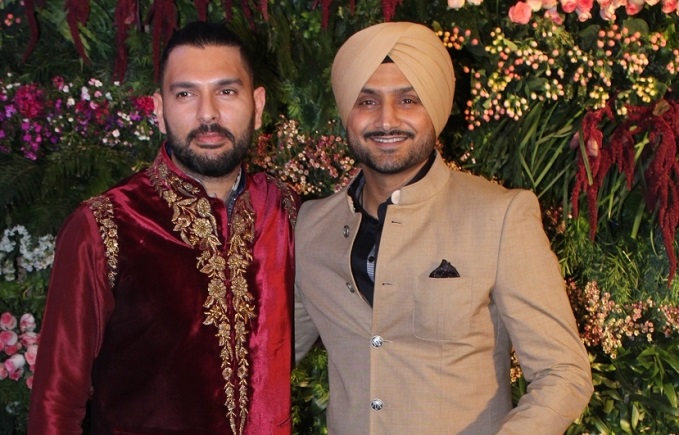 Taking to Twitter, Yuvraj had written: "These are testing times, it's time to lookout for each other specially the ones who are lesser fortunate. Lets do our bit, I am supporting @SAfridiOfficial & @SAFoundationN in this noble initiative of covid19. Pls donate on donatekarona.com #StayHome @harbhajan_singh."

Harbhajan Singh had earlier praised Afridi for the valuable social work he was doing in these trying circumstances. Afridi donated disinfectant soap, material and food to the needy.

On Wednesday, a hashtag #ShameonYuviBhajji was trending with users lashing out at the duo for helping Afridi. At the same time, there was also support for the former India India all-rounder with #IStandWithYuvi hashtag doing the rounds.

Another wrote: "In the times when exports have been banned, when resources are not enough for our own country people like @YUVSTRONG12 & @harbhajan_singh are asking us to donate to @SAfridiOfficial? Guess its time to cancel their names out of 'People who inspire List'."

"Shame on you Harbhajan Singh and Yuvraj Singh, people of India gave you Name, Fame & all, and you are requesting People to Donate for PAKISTAN, why not for INDIA???" said another user.

There was support as well as many felt it was blown out of proportion.

"He just made an appeal to donate, it's your wish to donate or not.. Shahid afridi also donated some money to YouweCan foundation to fight against cancer & his signed jersey Thumbs up Humanity first Thumbs up #IStandWithYUVI #WearewithyouYUVI," wrote a user.

"So Yuvi is Anti-National. So His Dedication & fight was fake,His Tears after winning the WC was fake,His Comeback in Blue jersey was fack,His foundation for poor & Cancer people of India is a fake service...At last the World is in Danger," said a user, referring to Yuvraj braving cancer symptoms to help India win their second World Cup in 2011. Yuvraj later fought the deadly diseased to come back and play cricket.

"He put his life in risk to win world Cup 2011 for indiaTrophy. He is running ywc foundation for cancer patients. He contribute his best for Indian cricketFlag of India. But few nibbas& nibbis trolling him as Anti-Nationalist. Finally they proved themselves as fools on April 1stSmirking face
#IStandWithYuvi." wrote another user.