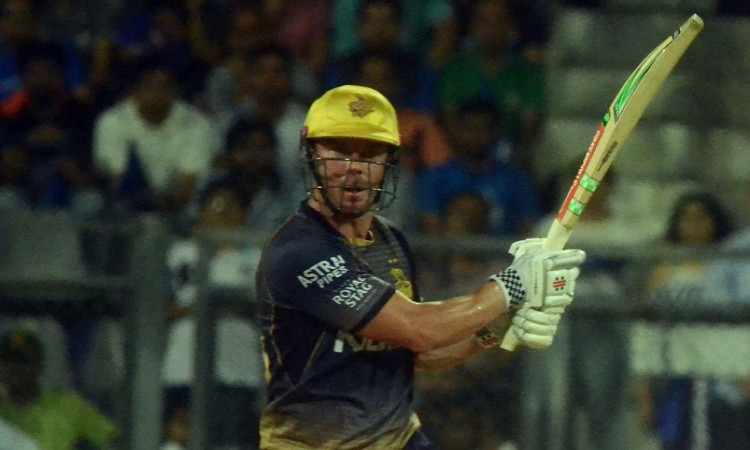 Melbourne, April 28:  Australia batsman Chris Lynn believes the mens T20 World Cup, slated to be played in October-November Down Under, should not be held as it will be a "logistical nightmare" for the country amid the coronavirus pandemic.

"My personal opinion is no," Lynn told Fox Sports on Tuesday.

"Obviously we're praying for it to go ahead but we've just got to play what's in front of us. Having teams come from all over the world is going to be a logistical nightmare.

"Hotels, travel, keeping the teams in the hotels for a number of weeks before the tournament is going to be tough work moving forward," he added.

Last week, the International Cricket Council (ICC) had said it was still planning for the tournament according to its October 18 – November 15 schedule even as the COVID-19 pandemic doesn't seem to stop.

Speaking post the ICC meet held last week, Cricket Australia Chief Executive Kevin Roberts said: "Cricket Australia is working closely with the ICC, the Local Organising Committee and the Australian government so we have a comprehensive understanding of exactly what it will take to be able to play the ICC Men's T20 World Cup 2020 in October in Australia as planned.

"We are also jointly exploring all other options in relation to staging the event and will take the right decisions at the right time so we can host a wonderful celebration of the sport and keep everyone involved safe and well," he added.

Meanwhile, the Board of Control for Cricket in India (BCCI) feels that with the coronavirus outbreak and the effect it has had, having the T20 World Cup in October-November seems impractical.

Speaking to IANS, a BCCI official said that a number of factors would come into play and all that would be only after normalcy returns. The official went on to point at the travel restrictions to begin with and the fresh directives that might come in across the globe, not just in India.

"To be honest, the T20 World Cup in October seems to be impractical and even thinking of a gathering of people of that magnitude at this time is naive. I mean think about it. At this stage you don't know when international travel would be safe. Someone is saying June, someone is saying longer. Once travel does open up, it would be prudent to study the impact of travel as to whether the coronavirus remains controlled or not," the official pointed.