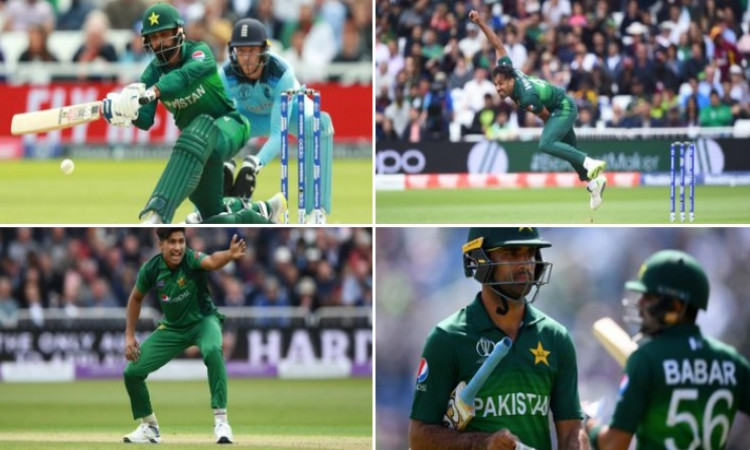 On Monday, Imad Wasim and Usman Shinwari had tested negative, while the results of Haider Ali, Haris Rauf and Shadab Khan were positive.

Like Haider, Haris and Shadab none of the seven players and masseur had reported any prior symptoms of Covid-19 until they underwent first round of testing on Monday ahead of the side's departure for Manchester.

The PCB medical panel is already in contact with these players and the masseur, who have been instructed to observe strict quarantine at their homes for their and their families' wellbeing.

The players and player support personnel, who have tested negative, will assemble in a bio-secure environment in Lahore on June 24 and will undergo second round of testing on June 25.

The players and player support personnel, who will test negative on June 25, will depart for Manchester on a chartered flight. Within 24 after hours after arriving in the UK, they will be tested by the ECB medical panel.

The players and player support personnel, who will test negative upon arrival in the UK, will observe a quarantine period as per the UK government's regulations, but will be allowed to train and practice in a bio-secure facility.

The players and player support personnel, who have tested positive in pre-departure testing, will observe self-isolation in their homes and remain under strict monitoring of the PCB medical panel.

As soon as they will complete their minimum quarantine period, they will undergo further testing and after their two tests are negative, they will be flown to England on a commercial airline.

Upon arrival in the UK, they will be tested again by the ECB medical panel and will be allowed to integrate with the Pakistan men's national squad after they test negative.

According to series SOPs, the Pakistan men's national cricket team will undergo, at least, five tests in the lead up to the first Test.