Could've defended 148 if we were smart on field: Rohit Sharma 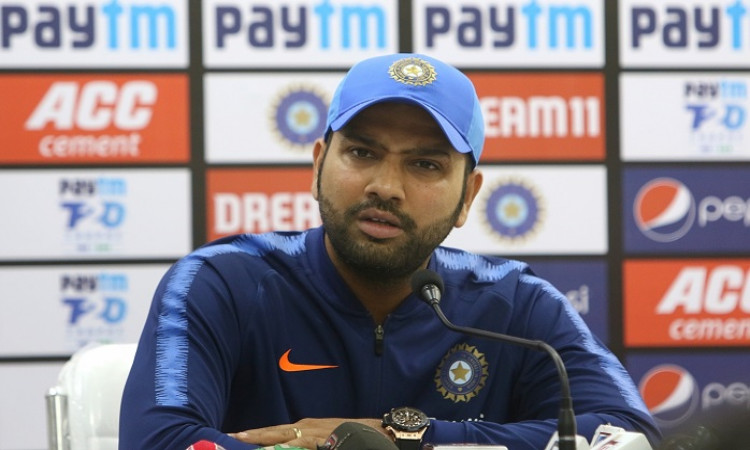 New Delhi, Nov 4: Stand-in India skipper Rohit Sharma rued the fact that his team could not come out a good performance on the field in the first T20I against Bangladesh which the visitors won by seven wickets.

Put in to bat, India managed 148/6 as they lost wickets at regular intervals during the course of their allotted 20 overs on a sticky surface in the smog-hit series opener at the Arun Jaitley Stadium on Sunday. Then Mushfiqur Rahim single-handedly helped Bangladesh chase down 149 with an unbeaten 60 as they registered their first-ever T20I win over India.

"148 was a good score. We would have defended it if we were smart on the field. A couple of decisions we did not get it right on the field and that went against us. That's where we lacked in decision making," Rohit said while speaking at the post-match press conference.

"Whenever you lose a wicket in the first over, it's not easy to build on that. The pitch was slightly soft, so shot-making was not that easy. We wanted something around 140-150 on batting first, that was the message."

The skipper further said that he was not worried about that fact that his young brigade failed in home conditions.

"The ball was stopping and gripping a little bit. These are young players trying to get into the squad, so they need a bit of time to understand how they need to bat on such pitches. I would not call that over-cautious approach. I think we were smart but we did not get enough runs.

"It was good fighting total but when you defend such total, you need to keep taking wickets but they had good partnerships and that was the turning point."

The 32-year-old also defended Rishabh Pant for his poor DRS calls, saying he doesn't want to jump to a conclusion yet whether the young wicketkeeper is good enough to take tricky review decisions.

India did not review the decision when the umpire turned down an lbw appeal against Mushfiqur.

"Of course, Rishabh is young and he will need time to understand. It's too soon to judge whether he can make those decisions. Plus, the bowlers as well. It's a combination when the captain is not in the right position to make that decision," Rohit said.

In the last ball of that Chahal's over, when the umpire turned down a caught behind appeal against Soumya Sarkar, the Indian skipper reviewed the decision on Pant's insistence but lost it since there was no edge.

"When you are not in the right position (as a fielder), you have to trust your bowler and the wicketkeeper. Based on that, you have to make that decision, whichever format you play."

Rohit also backed his young bowlers and expects them to learn from their mistakes. Bangladesh needed 22 runs in the last two overs, Rohit handed the ball to young left-arm paceman Khaleel Ahmed, who conceded four straight boundaries and lost the match for the hosts.

"They still need to understand when defending smaller targets, they need to bowl according to the plan. They will learn by playing these games. They have the talent and ability to bounce back but only time will tell if they can do that or not," he added.

The two teams will now meet in Rajkot for the second T20I to be played on Thursday.