Kolkata Knight Riders (KKR) skipper Eoin Morgan has said the cricket his boys have played during the second leg in the UAE has "surprised everybody" and credited the victory over the Virat Kohli-led Royal Challengers Bangalore (RCB) in the Eliminator to West Indian all-rounder Sunil Narine's performance. 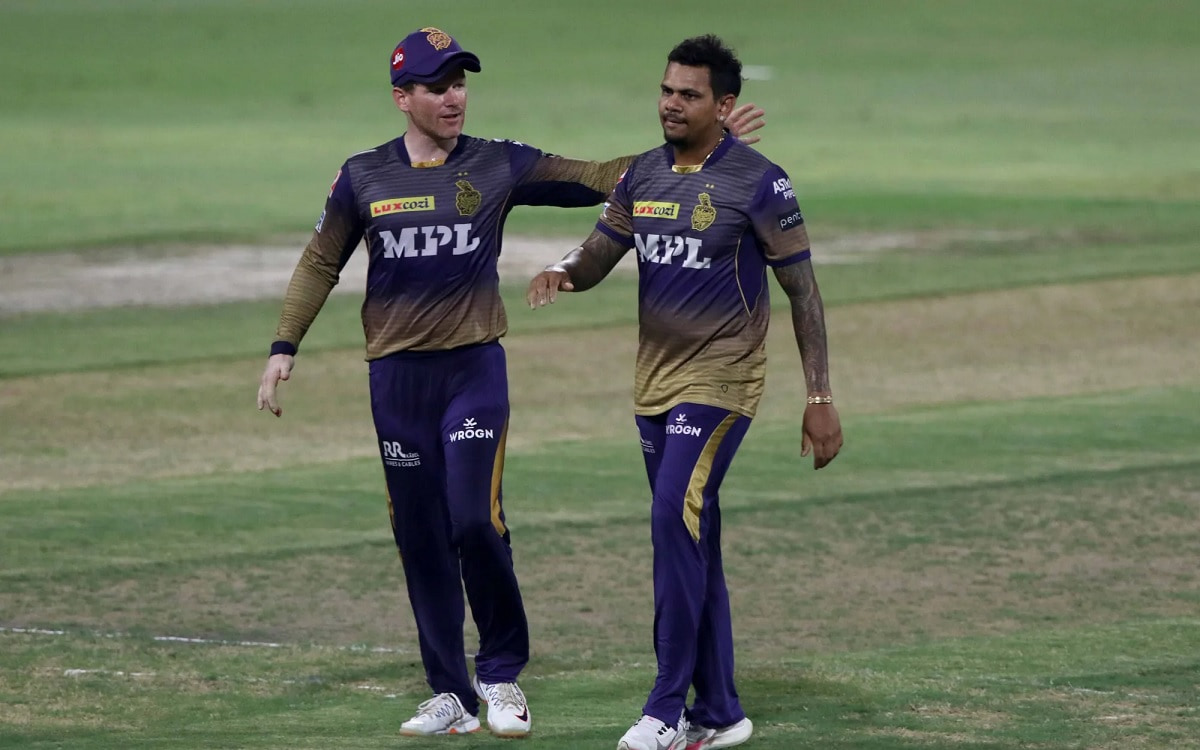 Narine came up with a superb T20 performance as KKR made it to Qualifier 2 against Delhi Capitals after their narrow four-wicket win with two balls to spare against RCB at the Sharjah Cricket Ground on Monday.

The winner of Qualifier 2 will play Chennai Super Kings in the IPL 2021 final. CSK have already made the final following their win over the Rishabh Pant-led Delhi Capitals.

"I thought we had a chance (in the UAE), but the cricket we have played has surprised everybody. Everyone came with a drive to perform... Narine is a cool customer and is very level-headed," said Morgan during the post-match press conference after his side reached the target of 139 for the loss of six wickets to show RCB the door.

West Indian spinner Narine was simply unplayable on the Sharjah surface, snaring four wickets -- including that of the well-set RCB skipper Virat Kohli -- and giving away just 21 runs in his four overs. He then played a key role with the bat, scoring 26 runs off 15 deliveries.

Narine also accounted for the dangerous Glenn Maxwell and AB de Villiers as KKR finished the chase in 19.4 overs.

"Narine makes it look very easy. He bowled outstandingly well. Throughout the innings, we continued to take wickets. Good start from the bowlers, and we were in control in the chase," said Morgan.