Wellington, Feb 23:  New Zealand fast bowler Trent Boult said that controlling Virat Kohli's scoring areas and run rate went a long way in them not allowing the Indian captain to do too much damage during the first Test in Wellington. Kohli was dismissed by bolt for 19 in the second innings after falling for two in the first. 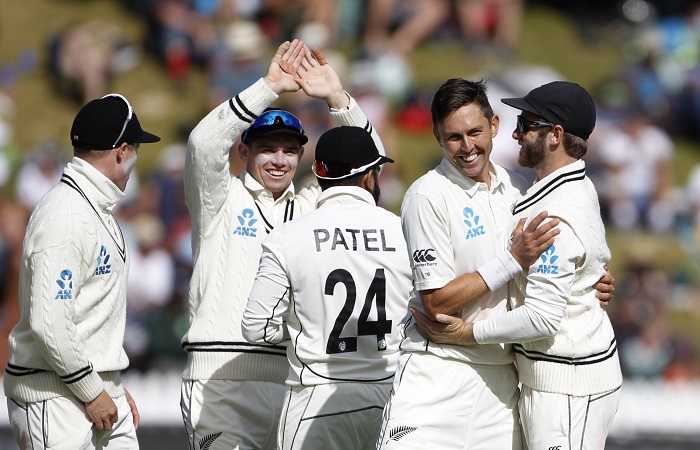 "Almost every time we miss, he hits and he hits it well and gets boundaries. From our point of view, we are just trying to dry the boundaries for him. I think using the wicket and using the short ball was a good plan and being able to control his run rate. It's nice to draw the air out of him," said Boult in a press conference after stumps on Day 3.


Have been a little too watchful while batting: R Ashwin

Apart from Kohli, Boult also dismissed opener Prithvi Shaw and Cheteshwar Pujara on what was a busy day for the 30-year-old. He also smashed 38 runs off 24 balls during the hosts' innings and helped his team put an imposing 183-run lead on India.

"I hope I don't have to bat again," Boult said with a grin. "If I do my job we won't be chasing too much. It's a very good wicket (and) we know that we have to be on the ball," said Boult. "We can't be walking around feeling we're well ahead of the game because there is a lot of cricket to be played."