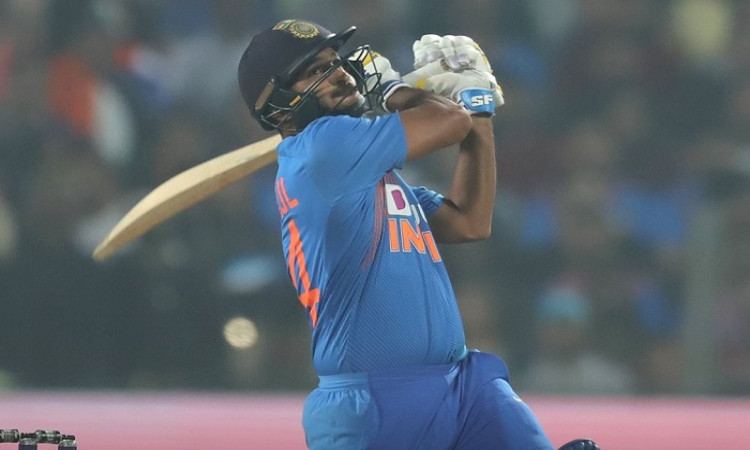 Pune, Jan 11:  India seamer Shardul Thakur on Friday showed once again how potent he can be with the bat coming in at No. 8.

The 28-year-old smashed 22 off 8 balls and his late burst with Manish Pandey helped India recover from a middle order collapse and post 201/6 in the third T20I against Sri Lanka here. In reply, Sri Lanka were bowled out for 123, thus losing the match by 78 runs.

Also Read: Need to learn how to handle these situations: Lasith Malinga

Thakur had earlier given a glimpse of his batting prowess with a match-winning 17 off 6 balls in the 3rd ODI against the West Indies last month which helped India chase down an imposing 316.

"I believe I have the ability with the bat and I have been practicing hard," Thakur said in the post-match presentation ceremony on Friday after being named the Man of the Match.

"If I can contribute at number eight, it is always crucial for the team," he said.

Thakur then put in a shift with the ball and in the field. He ended the match with figures of 2/19 and was part of India's fine fielding effort which stifled Sri Lanka for runs.

"With regard to my action, I can bowl outswingers, so the focus was to swing the ball early," said Thakur.

Though Thakur has been part of the India squad for quite some time, he is now getting selected in the playing XI on a more consistent basis. However, Thakur said he never felt left out at any point.

"I have spent quite some time in the team ever since I broke into the side in 2016. I get a homely feeling and don't feel left out, so credit goes to the captain and the team management," he said.