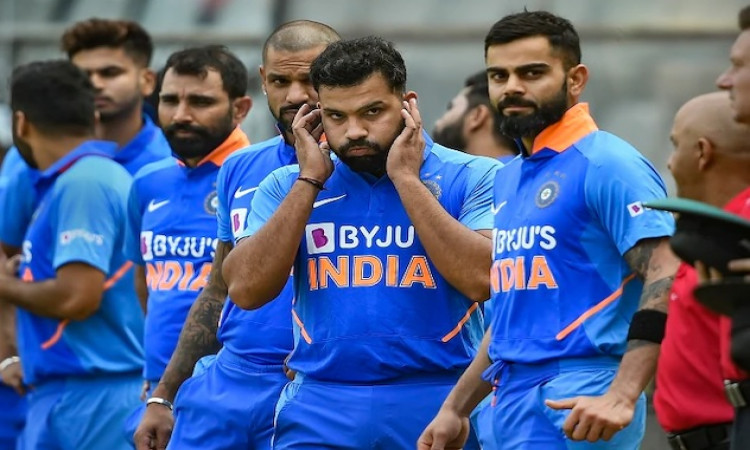 New Delhi, Jan 15:  India's experimentation with the number four position continued with captain Virat Kohli demoting himself to the position to fit in KL Rahul in the top order. Their inability to square down on a player in that position has hardly mattered when they are facing inferior opposition but its hazards are seen when they face a team of equal calibre, as was the case against Australia on Wednesday.

Kohli's performance at the number three position has proven vital to the top heavy Indian batting order in recent years. Performances by the Indian captain or openers Rohit Sharma and Shikhar Dhawan have often helped paper over the cracks that have developed in the Indian middle order which ends up being exposed in big matches. An example of that before the Wankhede ODI was the 2019 World Cup semi-final, in which Dhawan was not playing and Rohit and Kohli scored one run each.

Kohli was true to his word when he said that he would demote himself to play three openers, all of whom have enough credentials to warrant a spot in the team for every match that India play. However, the fact remains that in doing so, he returned to a position that has not been too beneficial for him in recent performances. Kohli has scored 16, 7, 12, 11, 3*, 4 and 9 the last seven times he played as a number four and his last big score in that position came in November 2014 when he scored an unbeaten 139 against Sri Lanka in Ranchi.

While Rahul played well on Wednesday -- his 127-run stand with Dhawan was one of the few positive points for India in the match -- Kohli failed to fire. He was dismissed on 16 by leg spinner Adam Zampa, who's been pretty successful against the Indian captain in previous ODIs. His push to number four and the inclusion of Rahul meant that Kedar Jadhav could not find a place in the XI. Hence, Kohli's dismissal led to a woefully out of form Rishabh Pant and Ravindra Jadeja having to resurrect the floundering Indian innings against an Australian side who hardly put a foot wrong throughout the innings.

Continued experimentation with the number four position led to India breaking up one of their biggest strengths in recent years. Considering the fact that they did so against a side that have not lost a bilateral limited overs series since January 2019, it wasn't much of a surprise that the move backfired.