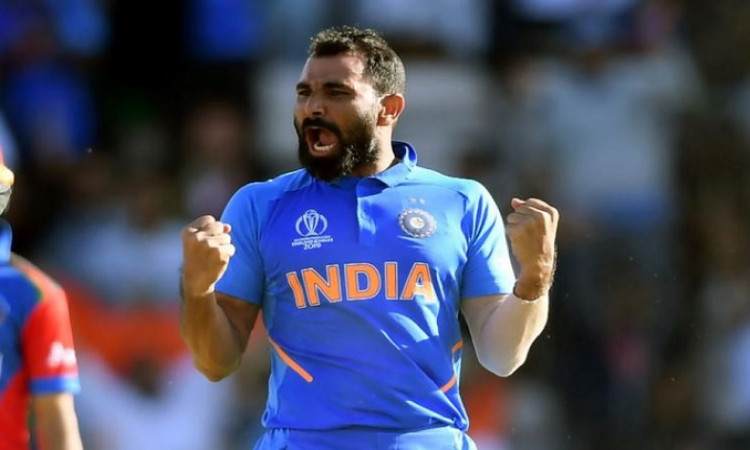 New Delhi, May 14: Former West Indies cricketer Michael Holding heaped praise on India fast bowler Mohammed Shami and stated his immaculate line and length makes it difficult for the bowlers to face him. Holding also tried to decode how Shami manages to outfox his opponents despite not being as quick as his contemporaries.

According to Holding, Shami doesn't give too many bad deliveries and has the ability to incessantly pitch the ball in the right areas to trouble even the best batsmen of the world.

"It is important to have pace, but you have got to have control as well. Shami is not very tall... is not extremely quick... but is quick enough. And he has the control and he moves the ball around a bit," Holding said on Sony Ten Pit Stop show in a video uploaded on their Facebook page.

"If you are constantly (bowling) in the right areas, attacking these batsmen, it creates more and more pressure and they are more liable to make mistakes. So that is Shami's real strength."

Earlier, speaking to IANS, Shami spoke about becoming one of the best exponents of the reverse swing. Shami, who has picked 180 and 144 wickets in Tests and ODIs respectively, also spoke about how he could master the art of reverse swing.

"I try to ensure that my pace doesn't fall below the 140kph mark. But my focus is on the seam and swing. I have always tried to make sure that these two things remain perfect," Shami said.

"I can bring pace with my physical strength and you can always work on it by doing strength training. But I have always given priority to swing and seam and never for a minute let them take a backseat."