Considering longevity, I will go with Sachin over Virat, says Gautam Gambhir 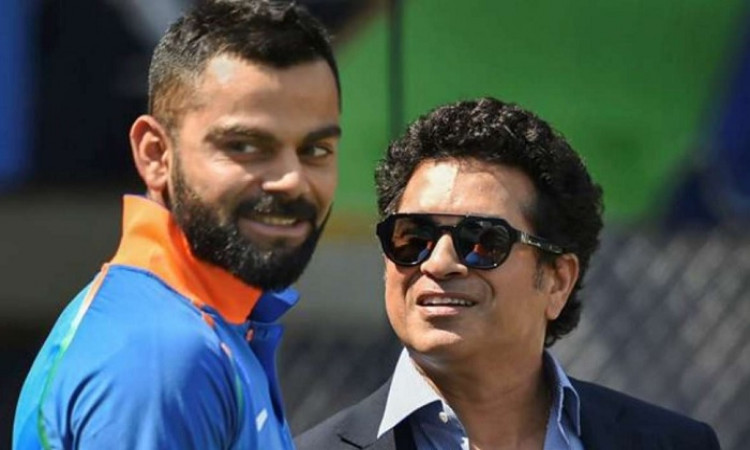 Tendulkar played ODI cricket for more than two decades, representing India in 463 matches in which he scored over 18,000 runs with 49 hundreds. Kohli, on the other hand, has so far played 248 ODIs for the Men in Blue in which he has amassed close to 12,000 runs, including 43 centuries.

Also Read: It is natural for me to put saliva, will have to adapt: R Ashwin

"Sachin Tendulkar, because probably with one white ball and four fielders inside the circle, not five fielders outside, it will be Sachin Tendulkar for me. It's difficult because Virat Kohli has done phenomenally well but I think the rules have changed as well, which has helped a lot of new batters," Gambhir said while speaking on Star Sports Cricket Connected show.

In contemporary times, an ODI inning is played with two new white-balls from each end. When it comes to field restrictions, each inning is divided into three powerplays.

"The new generation, with two new balls, no reverse swing, nothing for the finger spin, five fielders inside for the 50 overs, probably that makes batting much easier," said Gambhir.

"Look at how Sachin Tendulkar has played, different rules, that time 230 to 240 was a winning total. Probably, I'll go with Sachin Tendulkar if we see the longevity and flow of the one-day cricket format," he added.

Tendulkar, himself, has been critical of the current ODI rules which many believe are more in favour of batters.

"Having 2 new balls in one-day cricket is a perfect recipe for disaster as each ball is not given the time to get old enough to reverse. We haven't seen reverse swing, an integral part of the death overs, for a long time," the 47-year-old had said way back in 2018.