Conditional ban on Pakistan will not work: Gautam Gambhir

New Delhi, March 18 (CRICKETNMORE):  Sharing his views on the demand to boycott Pakistan in the upcoming 2019 World Cup in the wake of the Pulwama terror attack, former India opener Gautam Gambhir on Monday said a conditional ban on the neighbouring country will not work. 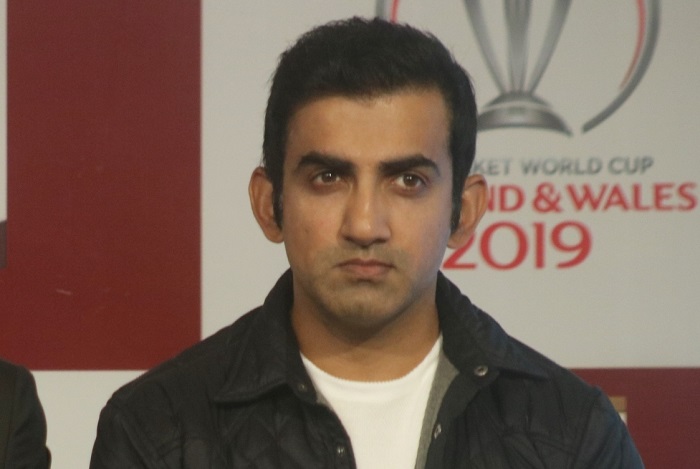 Known for being forthright, Gambhir also said that India should even be prepared to "forfeit" the final of the World Cup tournament starting on May 30 in England and Wales, if it comes up against Pakistan in the title clash.


Kuldeep Yadav knows when to play & when to rest,says Piyush Chawla

"This is what BCCI needs to decide and I have always maintained there can't be conditional bans…either you don't play them anywhere or open doors for them…what's happened in Pulwama is absolutely not acceptable," Gambhir told mediapersons here.

"I am sure it's going to be difficult to boycott Pakistan in World Cup but they are not playing them in bilaterals…best they can do is stop playing in Asia Cup as well, that's what I believe," the 37-year-old said.

Citing the example of the 2003 World Cup when England lost two points after refusing to travel to Zimbabwe, Gambhir also urged the nation to stand behind the Board of Control for Cricket in India (BCCI) if it decides to boycott Pakistan, and India fails to qualify for the semis of the showpiece event as a result.

"If BCCI decides that India should not play Pakistan, they should be mentally ready and the country should be too. It can't be a conditional ban, there could be repercussions as well, and no media should blame India for not qualifying for the semifinals..the entire media and country should back the team as well," Gambhir said.

The cricketer also felt that the lives of martyred soilders are of much more importance than the match and even if the men in blue face the green brigade in the final, India should refuse to play.

"There is nothing wrong in forfeiting the game and losing two points. The lives of 40-41 soldiers, who lost their lives are far more important," asserted Gambhir.

"My point is if India decides to forfeit, then the entire country should back the team Even if India have to play Pakistan in the World Cup final, even if you have to let go of that final, they should be ready for it," he added.

Gambhir also denied the rumours of him joining politics.

"There are lot of rumours on that front but I haven't thought about joining as yet because it is a completely different field. I just got Padmashri two days back, haven't really thought about it. I am still doing commentary," Gambhir added.