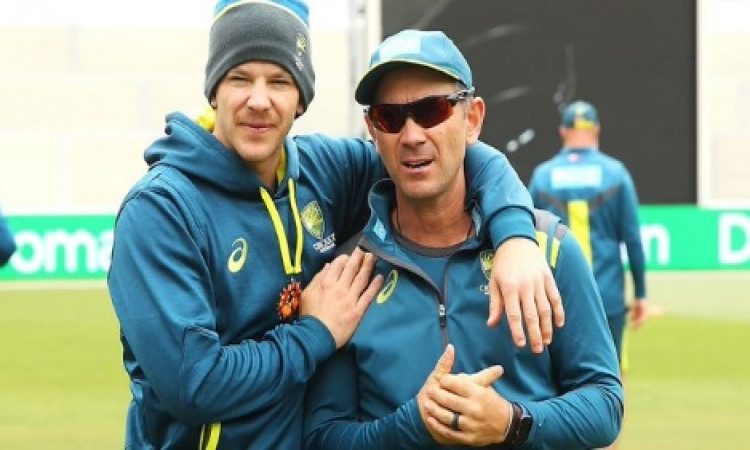 Sydney, Jan 2. Australia head coach Justin Langer on Wednesday threw his weight behind Tim Paine, saying the stumper batsman will be the teams captain for the foreseeable future.

There was talk about Paine's captaincy after he had said that this could be his last summer. Paine took over the reins from Steve Smith after the latter was banned for a year for his role in the ball tampering saga.

With Smith's further one-year ban from holding a leadership position within the team expiring early in the New Year, however, there have been questions raised whether Paine is the right man for the job.

"Truth is there's been conjecture from outside but there's never been one millisecond of conjecture within our team," Langer told reporters at the Sydney Cricket Ground where Australia will be facing New Zealand in the final Test beginning Friday.

"He's almost our most important player because he's a very good leader, his captaincy's been excellent, he's the best wicketkeeper in the world, he's as fit as anyone in the group.

"If he believed he could bat as well as we think he can, then we'll see results like we did in the last test match," said Langer ahead of Australia's third test against New Zealand.

Asked if Paine would remain the captain if Australia reach the final of the ICC World Test Championship, Langer said "I hope he plays as long as he possibly can because his leadership's been brilliant."

"In his last performance he was pushing on man of the match ... and he's so fit ... I just literally cannot think of one reason why he wouldn't play as long as he wants to, or needs to."

On how close the current group is to developing the aura that accompanied the all-conquering teams of which he was part, Langer was quoted as saying by www.cricket.com.au: "We have to keep winning.

"The only way you get it is to keep winning.

"What's most interesting is we haven't really talked about it, we've had targets, for example the World Cup, we targeted that a bit out, and we had the Ashes last year.

"I put it to the team at the start of this summer, what's our next target, put it to the leadership group and they started talking about the World Test Championship.

"So all of a sudden there's a focus there.

"The All Blacks (New Zealand's rugby team) do it over and over again.

"The Australian cricket team in the past has been able to, and hopefully I can be sitting here in twelve months' time with a smile on my face.

"That's what the plan for the new year is, not to start again but to continue building this great momentum that's happening in Australian cricket at the moment.

"It didn't feel like it 12 months ago." Australia have taken an unassailable 2-0 lead in the Test series against the Black Caps.