Dubai, Aug 24 (CRICKETNMORE):  England head coach Trevor Bayliss on Friday said that wicketkeeper-batsman Jonny Bairstow, who broke his finger in the third Test, might play the upcoming match against India as a specialist batsman. 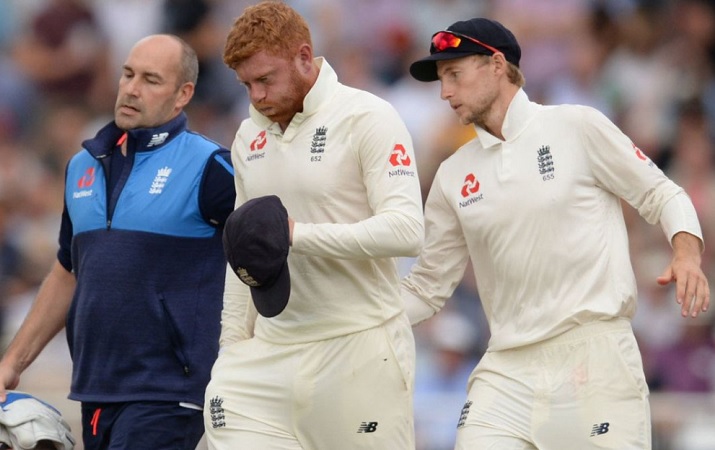 England are leading the five match Test series 2-1 with the fourth match starting on August 30.

Bairstow injured his finger while keeping the wickets in India's second innings and after that Jos Buttler kept the wickets, according to the ICC statement.

Despite the injury, Bairstow came into bat in the second innings but was clean bowled by pacer Jasprit Bumrah on the very first ball.

"I think keeping in the next game will probably be the most difficult (for Bairstow). We've got to check with the medical guys in the next few days. They are suggesting he may not be able to keep but might be able to bat. We'll have to see how it responds," Bayliss was quoted as saying by ICC website.

If England team management includes Bairstow as a specialist batsman, Ollie Pope, who made his debut in the last match might play down the order, which is his place in the domestic circuit.

Commenting on that order of play, the coach said: " "He's (Pope) batted no higher than six for Surrey so it was a big ask to come into international cricket and bat four but the short times he's been at the crease showed that he might be a good international cricketer," Bayliss said.

"We would have probably liked to have started him off down a bit lower but the hole was at No.4. Obviously, Jonny is an option there as well which might allow Ollie to drop a little lower. These are all things we've discussed."

Commenting on the prospect of Buttler keeping wicket in the fourth Test, Bayliss said: "Jos will have to do some hard work as well. He's been keeping a lot in one-day cricket but keeping 100 overs a day can be difficult, day after day, Test after Test. There are other options out there as well."