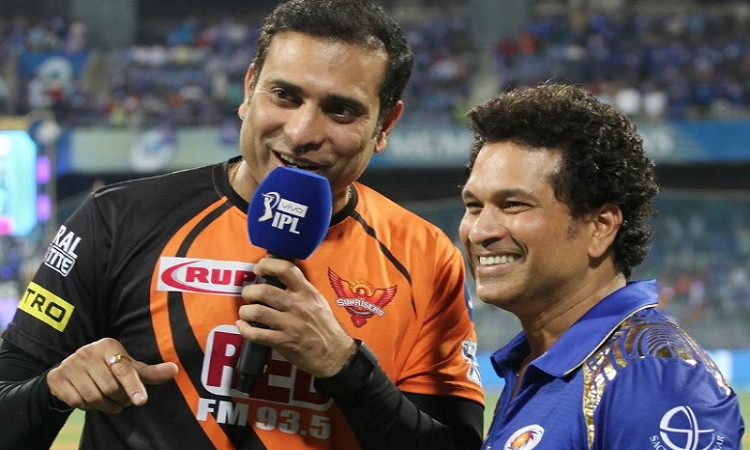 New Delhi, May 7 (CRICKETNMORE) Sachin Tendulkar, Sourav Ganguly and V.V.S. Laxman have been in the headlines in recent times after it came to the fore that they are engulfed in "tractable" conflict of interest as they are involved with Indian Premier League teams as well as with the Board of Control for Cricket in India (BCCI) as members of the Cricket Advisory Committee (CAC).

The Supreme Court-appointed Committee of Administrators (CoA) have also accepted that a full disclosure from the three former India players will clear them of any conflict. But senior BCCI officials wish to understand why the three legends were put in such a spot when the CoA was aware that there was conflict if they continued as CAC officials despite being part of IPL teams.

"By saying that the conflict is tractable the CoA are in a way admitting that there is conflict. This is in fact something more serious than a random complaint by some publicity seeking individual. This means that the CoA were of the view that this was indeed conflict and were in complete knowledge of it, and they actually allowed the state of affairs to continue unabated.

"Despite the legends asking for clarity, no clarity was given to them and additionally they were ignored and poorly treated. When they asked for more time, it was not given to them to do their roles -- selection of women's coach.

"The BCCI administration is at its absolute lowest and most incompetent stage and this coupled with the lust for power makes it the most dangerous phase for Indian cricket," the official told IANS.

Echoing the sentiments, another official said that treating these former cricketers in such a manner is not just unfair, but brings disrepute to the board.

"Itna zyada raita faila diya inhone ki sametna mushkil ho jaayega (The committee has made a complete mess of the situation and it will be difficult to redeem the situation). There are numerous instances of the CoA and CEO Rahul Johri not even bothering to reply to communications sent to them by various people, but it must take some level of arrogance to not respond to legends such as Sachin Tendulkar and V.V.S. Laxman and treat them so poorly," the official rued.

The official further said that if the CoA is discussing whether the conflict is tractable or not, it means that they are also undermining the position of the ombudsman.

"They have just confused everything here and also completely vitiated the process and undermined the position of the ethics officer.

"The whole concept of having an ombudsman or an ethics officer was to have an independent grievance redressal mechanism. If the CoA is giving their view on the matter i.e. whether the conflict is tractable or intractable, they are not only seriously compromising the independence of the proceedings but are also undermining the position of the officer by submitting that a conflict was tractable," the official explained.

Mumbai Indians mentor Tendulkar as well as Sunrisers Hyderabad mentor Laxman have made it clear in their replies to BCCI Ombudsman D.K. Jain that they weren't provided any clarity by the CoA when they wanted to understand their roles as CAC members because they were already involved with IPL teams.