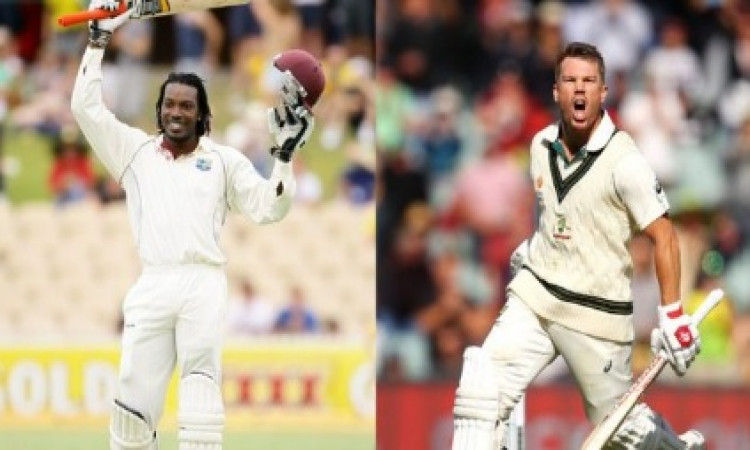 New Delhi, Nov 30  West Indies great Chris Gayle on Saturday congratulated David Warner for his record triple century in Australia's second Test against Pakistan at the Adelaide Oval. Warner, who had scored 154 in the first Test, followed that up with a masterful 335 not out in the second. His score is the second highest by any Australian in a Test innings.

Warner and Gayle are one of 31 batsmen who have managed to cross 300 and the Australian's score on Saturday is two runs more than Gayle's highest Test score of 333 which he scored against Sri Lanka in Galle in 2010.

It was one of two triple centuries that Gayle scored in his illustrious Test career, the other being 317 against South Africa in 2005 in Antigua.

Warner was unbeaten on 335 off 418 balls as Australia declared at 589 for 3. He shared stands of 361 for the second wicket with Marnus Labuschagne (162), a 121-run stand with Steve Smith (36) for the third wicket and an unbeaten 99-run stand with Matthew Wade for the fourth wicket.