St. John's (Antigua), Aug 10: Swashbuckling batsman Chris Gayle was not picked for West Indies' squad to face India in a two-match Test series despite his desire to play, while offspinning al 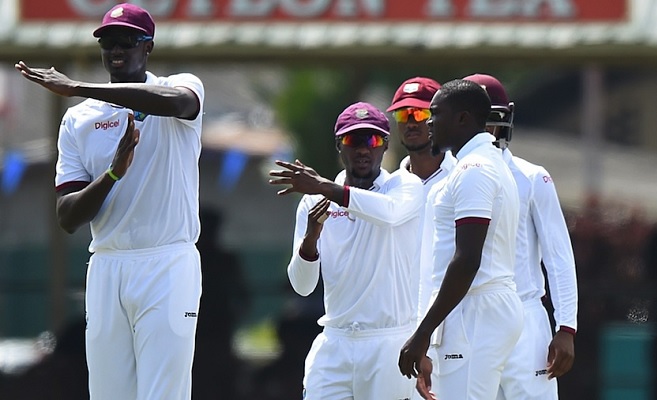 St. John's (Antigua), Aug 10: Swashbuckling batsman Chris Gayle was not picked for West Indies' squad to face India in a two-match Test series despite his desire to play, while offspinning all-rounder Rahkeem Cornwall was drafted in.

Gayle, 39, had said he would retire from international cricket after the home Test series against India, which is starting from August 22. He last played a five-day game in September 2014.

Alzarri Joseph, who was part of the team that beat England earlier this year and also made a splash in the Indian Premier League (IPL), was also not named in the squad on Friday as he is still recovering from injury.

Cornwall has 260 wickets from 55 first-class games and finished as the leading bowler in the most recent regional four-day tournament.

"Rahkeem has been performing consistently over a long period of time and has proven to be a match-winner, so we believe his elevation to the Test squad is merited at this time," Robert Haynes, the head of Cricket West Indies's interim selection panel,

"We believe he can provide an attacking option to our bowling attack with his sharp turn and extra bounce. He can also lend a bit of depth to the batting, so we are looking forward to him coming into the squad and making a valuable contribution."

Joseph, meanwhile, was last seen in the IPL playing for Mumbai Indians. He suffered a tear in his right arm.

"Alzarri is undergoing remedial work and we are monitoring his recovery," Haynes said. "But we do not think he is ready yet for last five days of a gruelling Test match. He represents a key part of West Indies future and we do not want to rush him back. We have two important series coming up later in the year in India and we want to be very careful how his recovery is managed."