Chris Barnwell's maiden limited-overs century led Guyana Jaguars to a huge 109-run win over Jamaican Scorpions on Sunday night at the Coolidge Cricket Ground. It was their third consecutive victory and took them to the top of the table with 12 points. 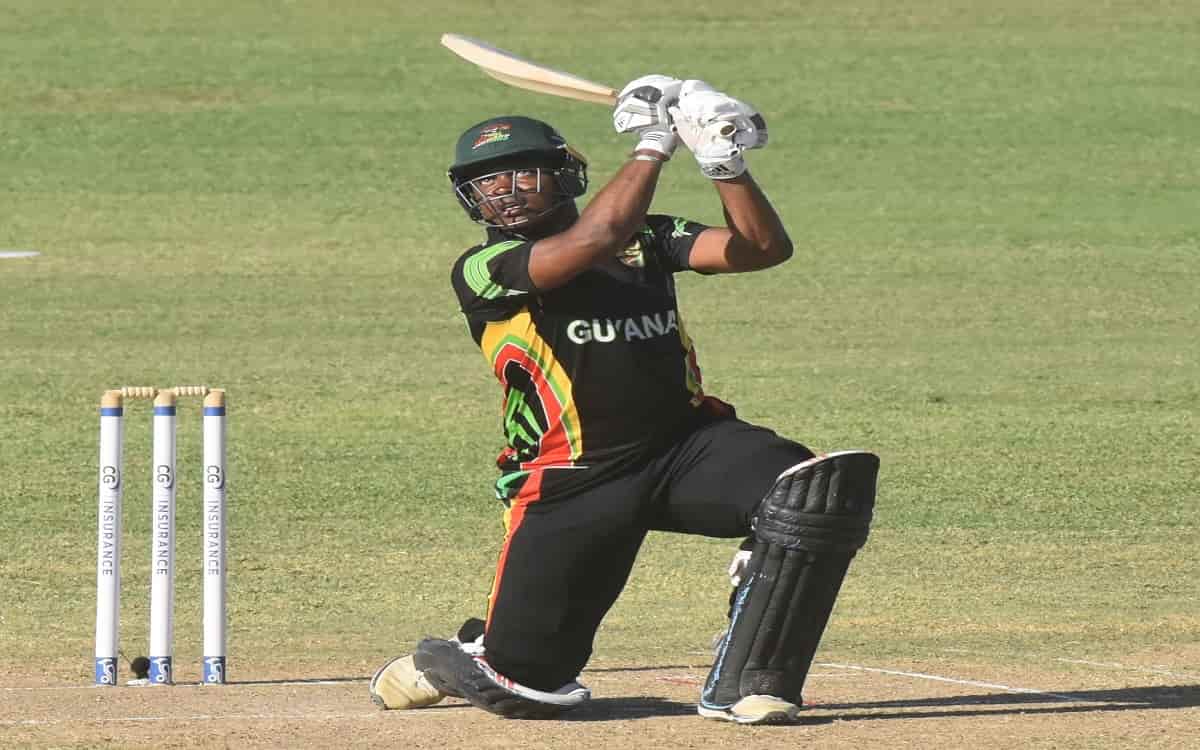 With Jaguars in trouble on 21 for three wickets in the ninth over, Barnwell scored 107 off just 90 balls to rescue the innings. The career-best knock surpassed his previous highest of 99 not out.


IND vs ENG: Batsman Ravichandran Ashwin's Experience Pays Off As He 'Ambushes' England

Wicket-keeper Anthony Bramble followed up by smashing 69 from 49 balls, also the highest score of his limited-overs career. Then lower-order batsman, Ramaal Lewis, hit a whirlwind 35 off 22 balls, to help lift the Jaguars to an imposing 299 for nine wickets off 50 overs.

Barnwell struck four boundaries and six sixes, first adding 91 for the fourth wicket with Akshaya Persaud (25) before putting on a further 88 for the fifth with the attacking Bramble.

Left-arm spinner Gudakesh Motie then spoiled the Scorpions run chase, as he picked up 4/55 to move his tally to nine wickets from three matches. Seamers Niall Smith (2/15) and Romario Shepherd (2/26) supported with crucial wickets as Scorpions declined from 116/3 in the 28th over, to 190 all out in the 45th over.

Andre McCarthy top-scored with 48 from 55 balls, captain Rovman Powell chipped in with 32 from 44 while Aldaine Thomas scored 29 but the Jamaicans failed to build any meaningful partnerships and lost their second match of the tournament.