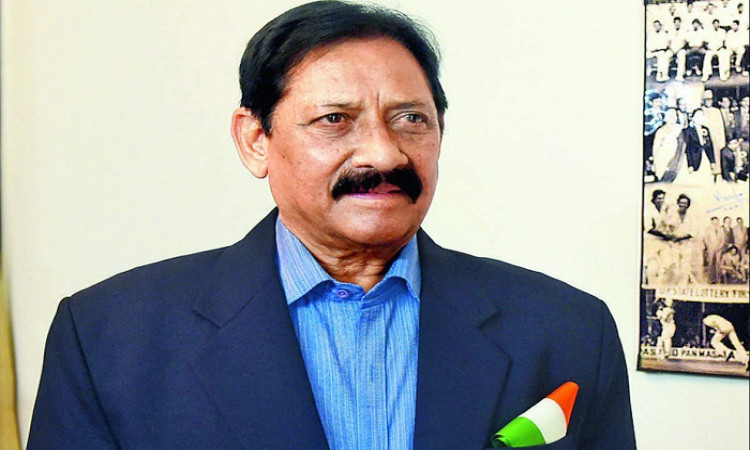 AUG 22, NEW DELHI: The cricket fraternity was shocked by the sudden demise of Chetan Chauhan. The deadly coronavirus struck a blow on a cricketer who was known for his guts, grit, valour and fighting spirit against the fastest and most skillful of bowlers in world cricket.He prided himself on being a fighting Rajput warrior, who stood and fought against all eventualities, not only when he played for his country but also for every cricket team that he played for.

The great Dennis Lillee learned a lesson when he tried to rattle him with some short, fiery deliveries. Chetan's square cut, both along the ground and through an upper cut, became legendary and Lillee and many other great bowlers suffered against his onslaught on many an occasion.

"Chu Chu" Chauhan, as some of us who were close addressed him, was a fighter to the core. His bat was like a sword ready to defend when required but ready to slice and pierce his opponents when an opportunity arose. A never say die attitude on the field but the first to acknowledge the good feats of others. Chetan stood as one who also had the patience, stamina and maturity to play tactfully in all walks of life.

Cricket was his passion and he had the distinction of being a top-class administrator, selector, mentor, coach and a strategic thinker on and off the cricket field. Furthermore, he was also a senior banker, entrepreneur and a politician who was twice elected as a Member of Parliament and at the time of his demise, he was a minister in the Uttar Pradesh government.

These accomplishments were only a few but he had many other characteristics that made him a wonderful person. His ever friendly demeanour, calm temperament and his fun loving nature were just the ingredients which made him a nice bloke.

To me personally, he was a very good and loyal friend, who always ready to give a supporting hand and always there for me in my hour of need. This was a trait that apparently he displayed to everyone he came across, making him a very popular and loving individual.

Chetan was a very hard working cricketer and I was fortunate to have interacted with him in Pune. The first time we met was at the Wadia College nets, where he practised daily under the tutelage of Kamal Bhandarkar, the renowned coach of Pune.

Chetan was by then a Test player and for us a cricketer to admire and respect. He never ever let us feel his seniority and was always ready to help, assist and advise us in our endeavours to improve our game. He was a down-to-earth individual whose love for the game was unquestionable and a team player whom one could rely on.

Chetan and I played for the same club in Pune and I was lucky to have him as a mentor when I made by debut into the Maharashtra side. One of his unforgettable knocks was when he stood like a rock with his colossal score remaining not out on 185, when we beat the strong Bombay side in 1973 led by Ajit Wadekar. For us juniors, his feat is what gave us the confidence that the record breaking champion side could be defeated if one had the tenacity, that Chetan displayed, to do so.

The most intriguing side of Chetan's batting was during the net sessions before a match. On many occasions I would find him struggling for form and sketchy in his defense. But the very next day when he walked in to bat, the confidence and the ability that he displayed is what positive mind set is all about. He would have his chest out like a fighting rooster and nothing shattered his attitude. This is what made him successful.

One of the most gritty knocks from him that I witnessed was when he played a 50-overs Wills Trophy domestic tournament in Delhi in 1978. Chetan had been hit on the chin a few days earlier and so he was wired inside and bandaged on the outside.

He was on a liquid diet as he could not chew any solid food. In this condition he insisted on playing the match for Delhi against the Board President's XI and ended up scoring 90 runs as an opener. This showed the guts and the determination that made him shine head and shoulders above many others.

He was the epitome of a Rajput warrior in the Maharana Pratap mold and one whom every team member knew would fight to the end. Our last meeting was two and a half years ago when we were both felicitated by Wadia College and given a life-time award as former students.

He delivered a wonderful speech inviting all Wadians to come over to UP where his doors were open for anyone who wanted to do business there. He was after all the Minister for Sports, Skill Development and Business. This was Chetan, committed and charismatic about any task that was given to him, a cricketer who would give his last ounce for his team and open his arms to his friends.

We will miss you "Chu Chu" but your memories will be etched in our hearts forever. RIP my friend.