Cherished all these times and will do so forever: Rohit Sharma 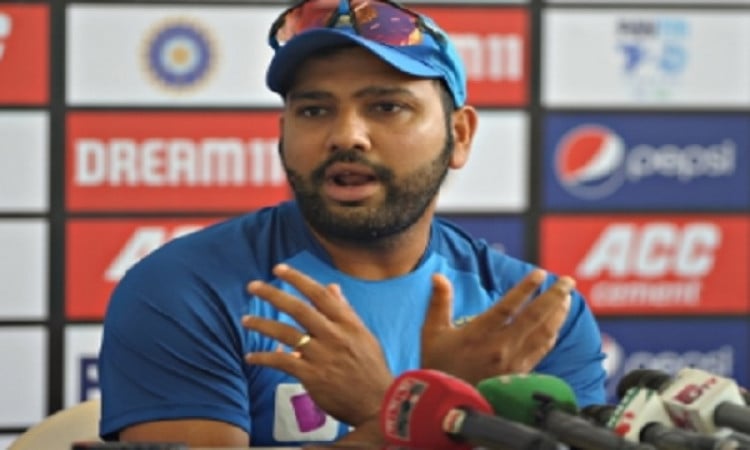 Rajkot, Nov 8  Rohit Sharma on Friday tweeted about the moment when he received his 100th T20I cap. The second T20I between India and Bangladesh was Rohit's 100th game in the shortest format and he became the first Indian male player and the second Indian overall after Harmanpreet Kaur to reach the milestone.

Rohit tweeted a pic of him receiving his 100th T20I cap from Shivam Dube. "Be it whichever format, I'm indebted to have this opportunity to do something for the country. I have cherished all these times and will do so forever," he tweeted.

Rohit made his debut for India in the 2007 WT20. He has since gone on to be recognised as one of the best batsmen in the world in limited overs cricket. His Test career never quite took off the way his career in white ball cricket did until he was asked to open the innings for the first time in his career in Test cricket during India's recent series against South Africa. He took the series by storm, smashing over 500 runs in the three-match series, scoring two hundreds in his first Test and a maiden Test double ton in the third.

He was in good touch in the second T20I, scoring 85 off just 43 balls in an innings that was punctuated by six fours and as many sixes. His 118-run opening stand with Shikhar Dhawan helped India chase down a target of 154 with more than two overs to spare.