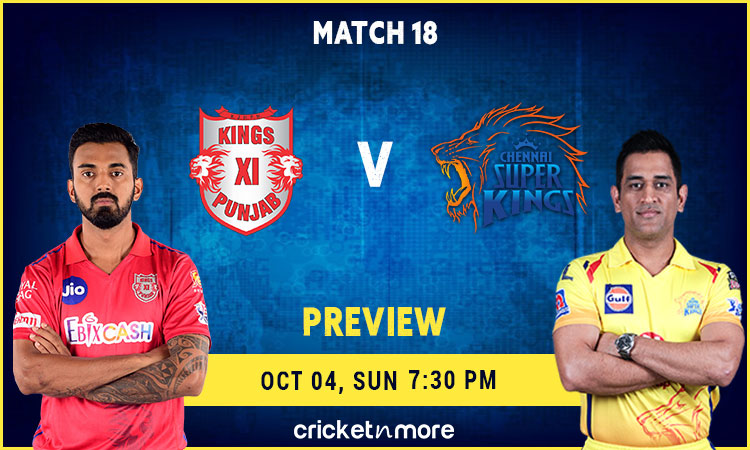 Both Chennai Super Kings and Kings XI Punjab have been struggling to win matches this season. However, both teams have played completely contrasting cricket.

Chennai Super Kings batsmen once again struggled to up the scoring rate in their last game against SRH. Faf du Plessis has been the lone batsmen who has attempted to score fast runs. Kedar Jadhav's form is a concern for the team. He might get replaced by N Jagadeesan in this match.

The addition of Dwayne Bravo has added variety to the bowling attack. Ravindra Jadeja's form with the ball is another issue CSK management needs to take care of.

Kings XI Punjab has been playing attacking cricket in this season courtesy of two in-form batsmen, KL Rahul and Mayank Agarwal. Other batsmen will need to step up as well. Karun Nair might get replaced by all-rounder Deepak Hooda.

KXIP's death bowling is a concern for the team. Mohammed Shami is the current purple cap holder, he needs to lead the bowling unit. It will be interesting to see which bowler KL Rahul will add in this match.

Both CSK and KXIP desperately need a win. It will be a battle to watch as both teams fight out to get a move on. 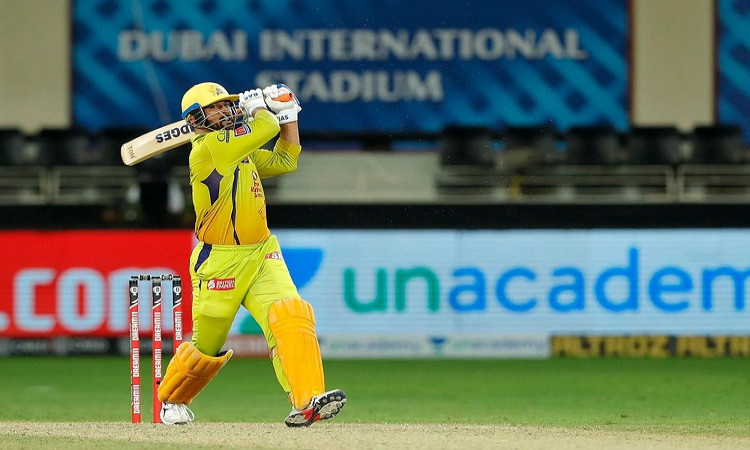 Chennai Super Kings - MS Dhoni looked exhausted in the last game but there are no serious injury concerns in the team as of now.

Kings XI Punjab - There might be some changes in the playing XI as hinted by KL Rahul during the post-match interview in the last game.

Weather Report: Temperature will be around 34 degrees Celsius in the evening.

Pitch Report: In the last match played here between CSK and SRH, the pitch was challenging to the batsmen. The new ball was swinging. The wicket became slow as the game progressed. 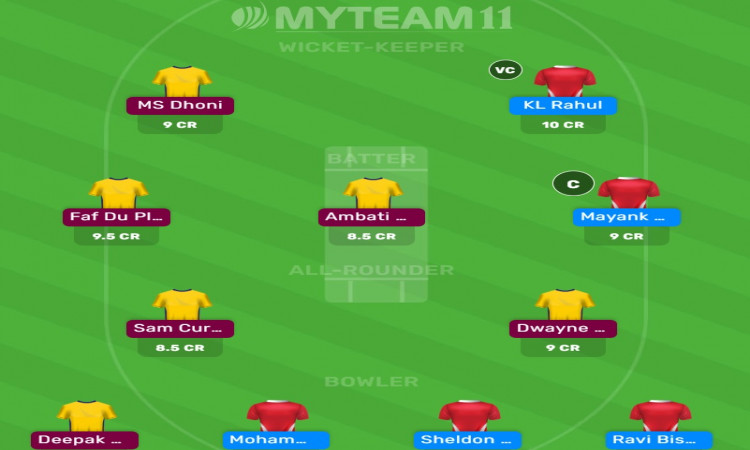