South African cricketers' union fears the International Cricket Council (ICC) could review the country's membership after Cricket South Africa (CSA) members' council refused to recognize and support the interim Board of Directors as proposed by the Ministry of Sport, Art, and Culture. 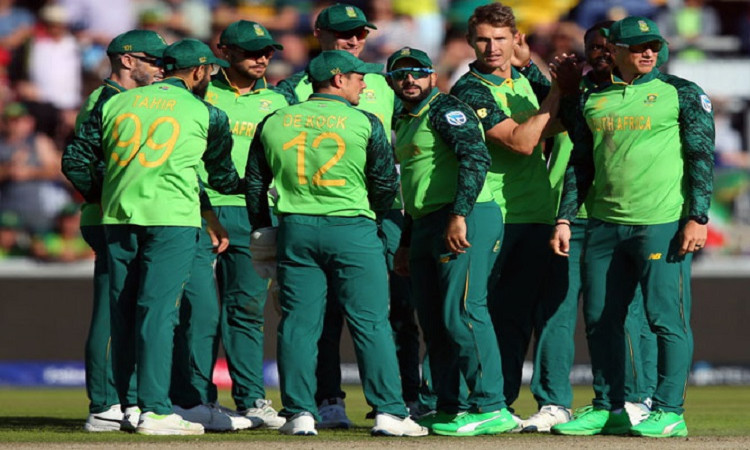 The South African Cricketers' Association (SACA) feels the refusal has placed CSA in direct conflict with the minister of sport, Nathi Mthethwa, as evidenced by the formal response from the minister to the acting president of CSA, the association said in a statement on Friday.

Also Read: IPL Is Ready For An Expansion: Rahul Dravid

"This again raises the possibility of direct intervention on the part of the minister, which could result in the ICC reviewing the status of CSA as an ICC member country. This would have a devastating impact upon cricket in South Africa," SACA said.

SACA CEO Andrew Breetzke felt that the crisis had been going on for too long. "We have been in this state of crisis for over 18 months, and the window of opportunity to change direction is closing fast," he said in the SACA statement.

"We have addressed formal correspondence to the members' council advising them of our dismay at their decision, and highlighting their disregard for the welfare of players in passing this decision," Breetzke said.

"Self-interest and politics are continuing to triumph over the best interests of cricket, at a time when the game is crying out for stability and certainty. It would appear as if the members' council do not realize the extent of the damage being done to cricket, and sadly we are reaching a point where that damage may be irreparable."

Acting CSA president Rihan Richards has said following a meeting between CSA members council, the proposed interim board of CSA, and the Ministry of Sport, Art, and Culture on November 8, and subsequent engagements with the interim board, the members' council has written to Mthethwa to raise material concerns on unresolved matters pertaining to the interim board.

"After extensive consultation between the parties mentioned above, the members' council has resolved to not appoint the interim board. The members' council remains deeply committed to resolving the issues that have surfaced within CSA, and will take the necessary steps to ensure that the concerns, which Minister Mthethwa and the South African Sports Confederation and Olympic have previously raised, are addressed efficiently and professionally," said Richards.