Former captain Dinesh Chandimal began the day on 118 and finished with an unbeaten 206 as Sri Lanka were all out for 554 after lunch in Galle. 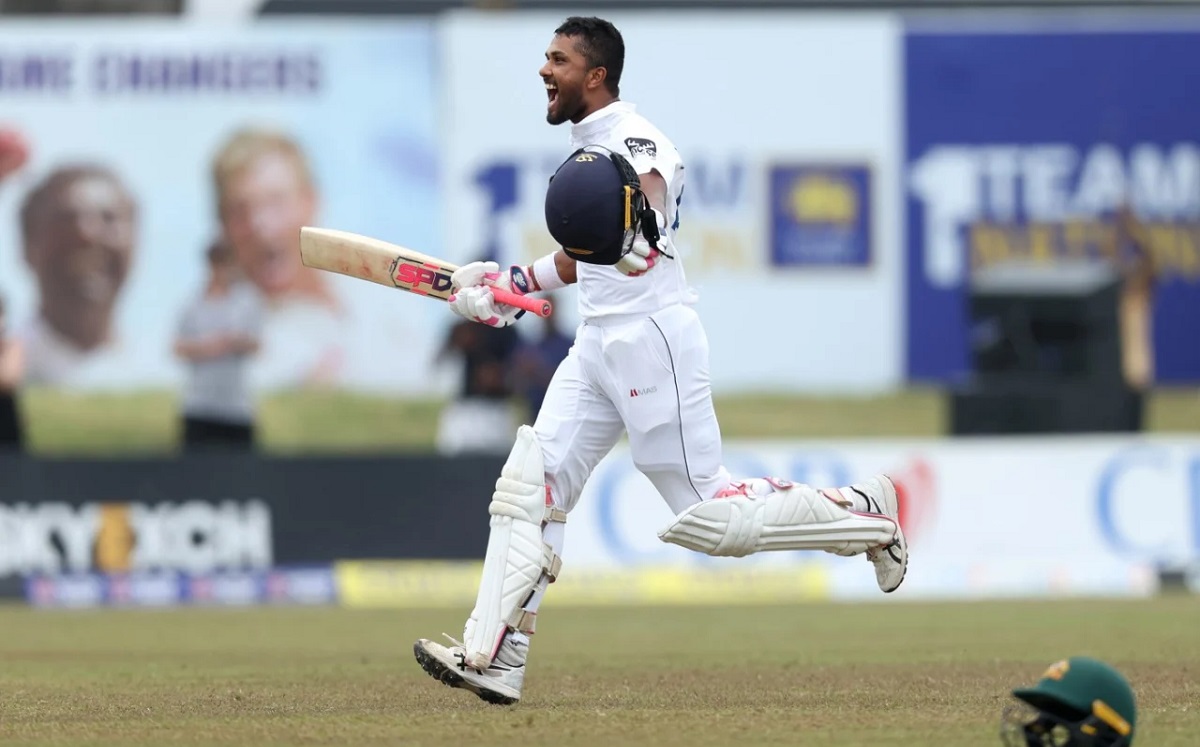 Dinesh Chandimal struck his maiden double century on Monday to put Sri Lanka in control with a first-innings lead of 190 on day four of the of the second Test against Australia.

Former captain Chandimal began the day on 118 and finished with an unbeaten 206 as Sri Lanka were all out for 554 after lunch in Galle.

Australia lost David Warner to reach 52 for one in their second innings at tea, still trailing by 138 runs.

Usman Khawaja on 25 and Marnus Labuschagne, who has made two, were batting at the break after off-spinner Ramesh Mendis trapped the left-handed Warner lbw for 24.

But the session belonged to Chandimal, who launched an assault on the opposition bowlers as he began to run out of partners with his final 47 runs coming from just 28 balls.

Chandimal, 32, smashed left-arm quick Mitchell Starc for a four and two sixes on consecutive balls to go past 200 as he leapt in joy amid raucous applause from the crowd.

The hosts began the day on 431-6 in response to Australia's first innings 364.

Opening batsman Pathum Nissanka was ruled out before play started Monday with Covid-19, becoming the sixth Sri Lanka player to contract the virus during the past two weeks.

The overnight pair of Chandimal and Ramesh Mendis added 68 before Starc broke through.

Starc trapped Ramesh lbw for 29 in another inspired spell of bowling and nearly got debutant Maheesh Theekshana caught behind when the umpire gave it out but the batsman successfully reviewed.

Chandimal, who recorded his 13th Test hundred on Sunday, took on the opposition bowlers after losing Prabath Jayasuriya for nought as he went past his previous best of 164.

Starc rattled the stumps of Jayasuriya for nought, before Swepson got the final wicket.

Australia lead the two-match series 1-0 after a crushing opening win inside three days at the same venue.