Chandimal suspended for poor over rate 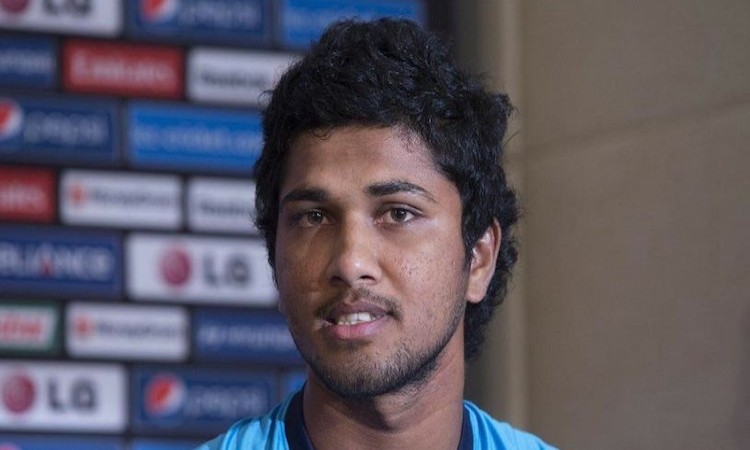 Colombo, March 11 - Sri Lanka captain Dinesh Chandimal has been suspended from the upcoming two Twenty20 Internationals (T20I) in the ongoing three-nation series after being found guilty of a serious over-rate offence during Saturdays match against Bangladesh.

Match referee Chris Broad imposed the penalty after the Sri Lankans were ruled to be four overs short of their target when time allowances were taken into consideration.

According to International Cricket Council's (ICC) article 2.5.2 of the code of conduct for players and support personnel, which relates to serious over-rate offences, players are fined 10 percent of their match fees for the first two overs and 20 percent per additional over their side failed to bowl in the allotted time, while the captain receives two suspension points.

"As two suspension points equate to a ban from one Test or two ODIs or two T20Is, whatever comes first for the player, Chandimal has been suspended from his side's March 12 and March 16 fixtures against India and Bangladesh respectively, while each of his players have received a fine of 60 percent," the ICC said in a statement.

"Chandimal pleaded not guilty to the offence, and, as such, Broad announced his decision following a hearing that took place on Sunday afternoon. The hearing was attended by the match officials and the Sri Lanka cricket team management," it added.

If Sri Lanka commit another serious over-rate breach in a T20I within 12 months of this offence with Chandimal as captain, it will be deemed as a second offence by Chandimal and he will receive between two and eight suspension points.

Meanwhile, Bangladesh captain Mahmudullah has also received a 20 percent fine of his match fee, while each of his players have received 10 per cent fines after their side was ruled to be one over short. This was as per article 2.5.1, which deals with minor over-rate offences.

If Bangladesh commit another minor over-rate breach in a T20I within 12 months of this offence with Mahmudullah as captain, it will be deemed as a second offence by Mahmudullah and he will face suspension.

"Mahmudullah pleaded guilty to the offence and accepted the proposed sanction, so there was no need for a formal hearing," the ICC statement said.