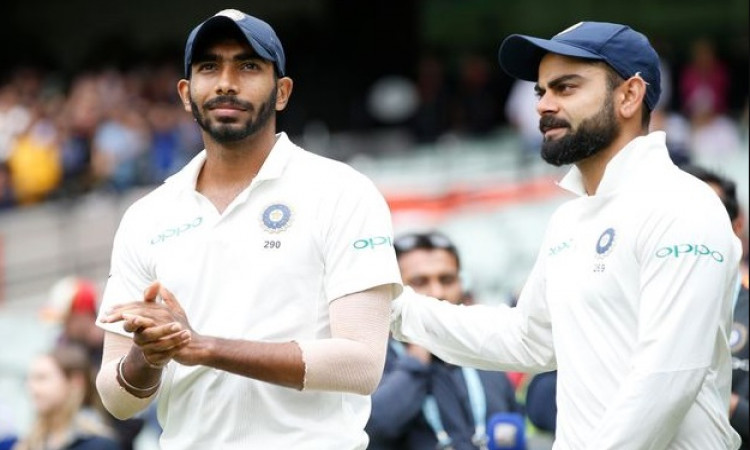 New Delhi, Feb 27:  Former India captain Kapil Dev said that he is not worried about the lean patch that fast bowler Jasprit Bumrah and Indian captain Virat Kohli are currently going through. Bumrah recently went wicketless in India's ODI series against New Zealand and in the subsequent first Test, he took one wicket and conceded 88 runs.

Kohli on the other hand has gone past 50 just once in the New Zealand tour and was dismissed for 2 and 19 in the first Test in Wellington that India went on to lose by 10 wickets. "He is a great player and great players come back much stronger than normal players do," Kapil said on the sidelines of an event organised by IT giant HCL. "He will bounce back, I have no doubt. He still has lots of good cricket in him."

In the case of Bumrah, Kapil said: "Once you get an injury it takes time for the body to recover completely. He is a very fine bowler and he proved it before. A person who has proven himself at that level. As batsmen we say you need one innings to come back to form and you need one good spell for a bowler. I am a positive person and always think that he needs one or two wickets to get back. Players like him and Virat Kohli they are champions and they bounce back faster."

Kohli had said after India's loss in the second ODI which confirmed their first ODI series defeat to New Zealand in six years, that the 50-over matches "aren't relevant this year as compared to Tests and T20s." Kapil said that he was not in full agreement with this assessment. "They have given their side of the story," said Kapil. "As a cricket lover, every match is important to me. What (the team) management said, that is upto them but as a former cricketer, I would say every Test, One Day and T20 match is important.

"If not, then we should never talk about statistics. Why to say someone played so many Test matches and made so many runs. I would like to say that winning is the most important thing. If you have not played well, just take it and give respect to the opposition by saying that they played better than us."

Kapil said that India were not prepared for the lines that the New Zealand bowlers stuck to during the first Test. "That's why they lost. There is nothing to talk about that. If they had worked hard on that they wouldn't have lost the test. I think they are professional today, they understand the game and they will come out much harder in the next Test. If not, then give all the praise to New Zealand team," he said.