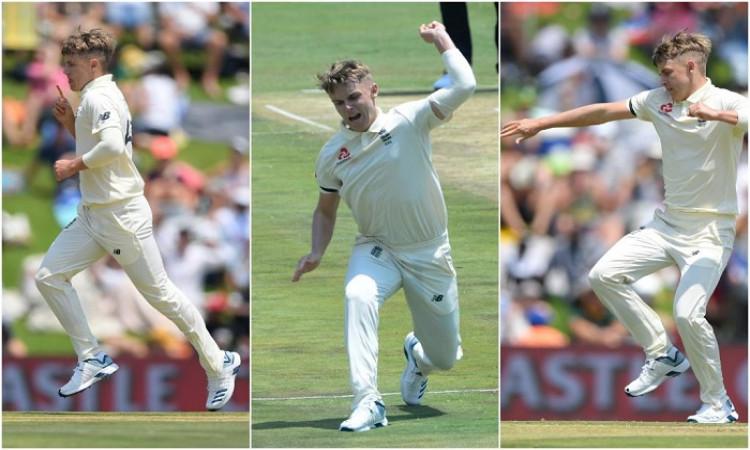 Centurion, Dec 27: England all-rounder Sam Curran returned with career-best figures of 4/57 while Stuart Broad scalped three wickets for 52 to reduce hosts South Africa to 277/9 even as Quinton de Kock played a valiant 95-run knock on the opening day of the first Test of the four-match series at the SuperSport Park here on Thursday.

South Africa were reeling at 111/5 at one stage before de Kock's gritty innings repaired the early damage. The Proteas stumper and debutant Dwaine Pretorius' were involved in a crucial 87-run partnership for the sixth wicket and the duo tried their best to frustrate the England bowlers Curran and Broad who struck in the last session of the day.

Also Read: I have learnt to block it all out: Steve Smith on boos from fans

The hosts, who were asked to bat, were off to a worst possible start as they lost opener Dean Elgar in the very first ball of the game, courtesy James Anderson, who was featuring in his 150th Test. Elgar thus, became only the fourth South African batsman to be dismissed on the first ball of a Test match.

It was then that de Kock took control of the proceedings and helped his side progress towards the 200-run mark. However, just when his partner looked to be getting settled in the middle, Curran came up with a much needed breakthrough to send back Pretorius. Soon, Curran also got rid-off de Kock, whose innings was laced with 14 boundaries.

Keshav Maharaj (6) and Kagiso Rabada (12) also fell cheaply but it was Vernon Philander who held the fort for South Africa as he was batting on 28 runs when stumps were drawn for the day.

Meanwhile, England were without Ben Stokes for much of the day due to dehydration and the all-rounder did not bowl after two spells.