Indian skipper Rohit Sharma carried the onslaught as he smacked an unbeaten 46 runs off 20 balls with 4 fours & 4 sixes to take India to a series-levelling win against Australia in the 3-match T20I series. 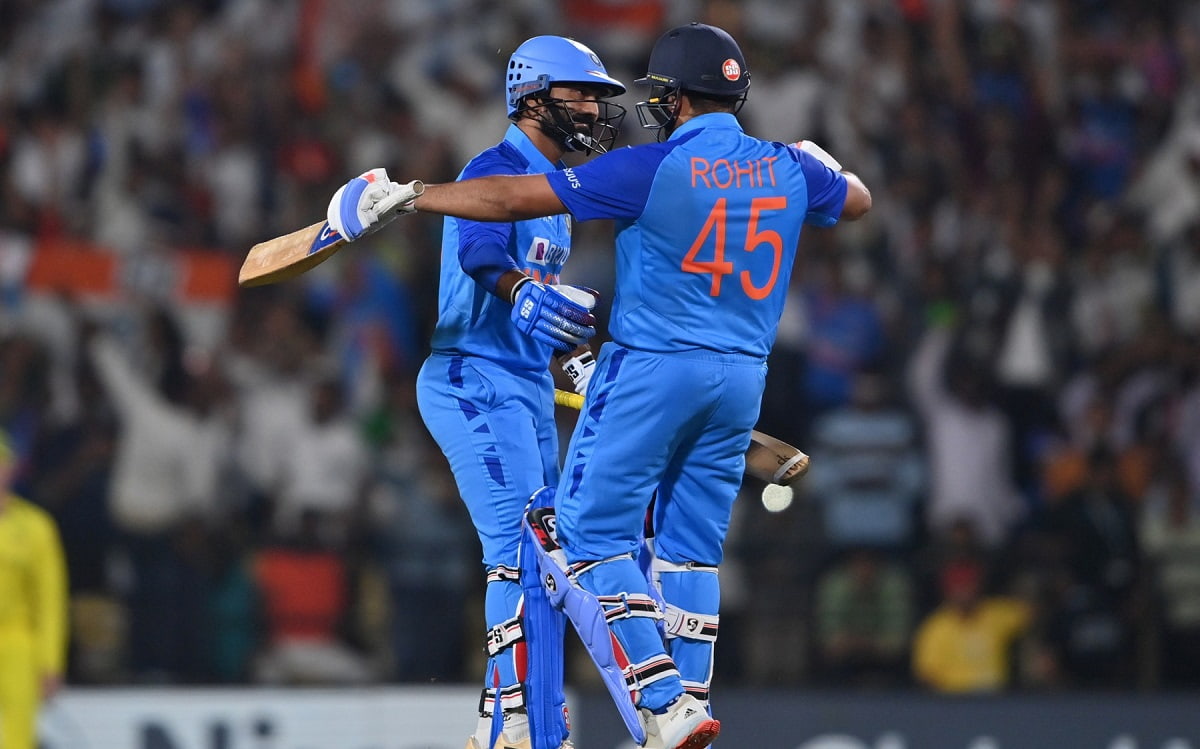 IND vs AUS: In a shortened to 8 over per side game, Rohit Sharma powered team India to a 6-wicket win against Australia in the 2nd ODI. Team India chased down 91 runs in 7.2 overs, scoring 92 runs for 4 wickets.

KL Rahul smacked a six for his 10 runs off 6 balls before getting dismissed by Adam Zampa in the 3rd over. The Aussie spinner went on to dismiss Virat Kohli (11) and Suryakumar Yadav (0) in consecutive deliveries in the 5th over.

However, Indian skipper Rohit Sharma carried the onslaught as he smacked an unbeaten 46 runs off 20 balls with 4 fours & 4 sixes. In the last over, with 9 runs required off the last 6 balls, Dinesh Karthik finished things off with a six and a four, scoring 10* runs off 2 balls to take India to a series-levelling win. The 3rd and decided T20I will be played in Hyderabad on Sunday (September 25th).

For Australia, Adam Zampa picked up 2 wickets while Pat Cummins managed 1 wicket. In the first innings, In the shortened 8 over a side game in the 3rd T20I, captain Aaron Finch and Matthew Wade helped Australia to 90/5 in the 8 overs.

Finch gave an explosive start as he scored 31 runs off 15 balls with 4 fours & a six. First T20I's top scorer Cameron Green (5) was dismissed via a run-out in the 2nd over, inflicted by a good throw by Virat Kohli. Glenn Maxwell was cleaned up for a golden duck by Axar Patel in the 2nd over as well.

Tim David was also bowled by Axar Patel after scoring just 2 runs in the 4th over. However, Matthew Wade then held the crease as he scored an unbeaten 43 runs off 20 balls with 4 fours & 3 sixes.

For India, Axar Patel picked up 2 wickets while Jasprit Bumrah bowled a beautiful yorker to clean up Finch, which the latter appreciated as well.