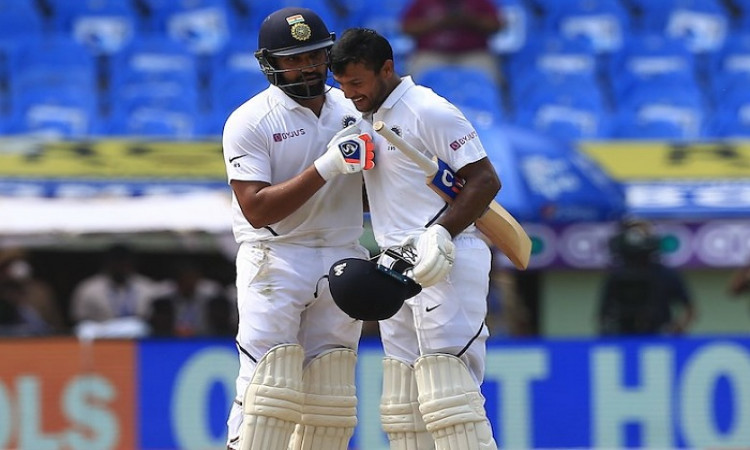 Visakhapatnam, Oct 6:  Indian captain Virat Kohli hailed Rohit Sharma, Mayank Agarwal and the bowlers for their performances after their win in the first Test against South Africa on Sunday. Mohammed Shami took five wickets on Day 5 and Ravindra Jadeja took four as India dismissed South Africa for 191 to complete a 203-run victory.

"When you put 500 on the board, you're always ahead. Even with the fight they showed, we still had a lead. Rohit was outstanding. Mayank brilliant," said Kohli in the post-match presentation ceremony. "Shami has been a strike bowler in the second innings. All the guys lived up to their strengths."

"It was a hard grind because of the conditions, especially the weather conditions. And the pitch slowed down too. It's all about the attitude. If fast bowlers are going to think that spinners are going to do all the work, then it doesn't justify their place. They ask for shorter spells so they can give 100 per cent. That's when you see guys like Shami, Ishant, Jasprit and Umesh doing well as well," he said.

India have taken a 1-0 lead in the three-match series. The second Test, which starts on October 10, will be played in Pune.