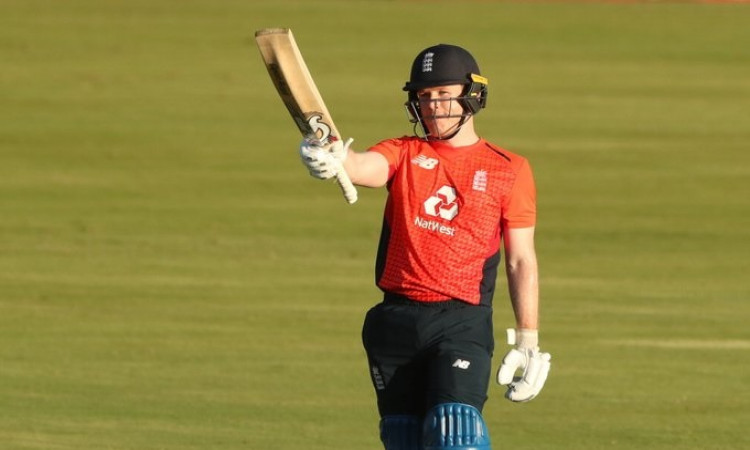 Centurion, Feb 16:  England captain Eoin Morgan smashed an unbeaten 22-ball 57, only dealing in sixes, as England beat South Africa by five wickets in the third and final match here on Sunday to clinch the T20I series 2-1.

Chasing a stiff 223 for victory, 50-over World champions England set a marker for the upcoming T20 World Cup in October with a spirited run-chase led by Morgan who became the fastest man to score a fifty for England in T20s, in just 21 balls.

Besides the outstanding Morgan, opener Jos Buttler (57) and Jonny Bairstow (64), batting at No.3, slammed quick half centuries too after Jason Roy (7) departed early.

England needed 62 runs off 30 balls after Morgan hit Dwaine Pretorius for 14 runs in the 15th over to set the tone. Allrounder Ben Stokes (22) too joined the six-hitting party and his partnership with England's World Cup winning captain, of 61 runs, took the visitors over the line despite Stokes getting out.

Buttler and Bairstow also shared a 91-run stand for the first wicket. Morgan smashed a whopping seven sixes and no fours in his hurricane knock which helped his team win by five balls eventually.

Earlier, Heinrich Klaasen hit 66 off 33 balls as South Africa posted 222/6 at SuperSport Park. Klaasen tonked four sixes and four fours just as it had seemed South Africa were falling off the pace after a blistering start between Temba Bavuma (49) and skipper Quinton de Kock (35).