Can't wait for season to begin: Raina ahead of IPL 13

CRICKETNMORE, AUG 10:  Veteran batsman Suresh Raina expressed his excitement ahead of the 13th edition of the Indian Premier League (IPL), which is scheduled to be played in the UAE from September 19 to November 10. 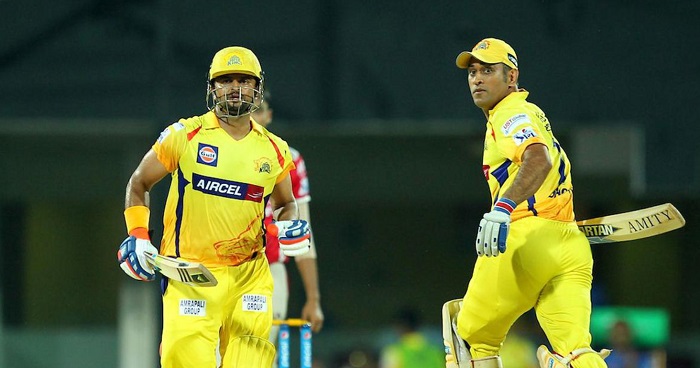 Raina took to social media to share a photograph with Chennai Super Kings' teammates Mahendra Singh Dhoni and Murali Vijay. His Twitter post read: "Counting days to get on the field and cherish every minute. Can't wait for the season to begin @mahi7781 @mvj8 @russcsk".

Raina, the second highest run-getter in the history of the IPL, had earlier opined that wickets in Dubai could be similar to the ones in Chennai. He had also stated that fitness and clarity of thought will be the key when players take to the field after an unprecedented break due to the COVID-19 pandemic.

"This IPL would be very very interesting to see how players are thinking, you are playing in different circumstances, you have a lot of protocol from ICC and at the same time you are going through tests every two-three weeks, so I would say coming out from all those tests you need to be clear with your head on what you are going to do on the field because at the end of the day when you are playing a sport, you need to enjoy your game," Raina said during a webinar interaction on the sidelines of the launch of WTF fantasy gaming app.

"There could be Chennai wickets. In this pandemic, a lot of challenges have happened (for the players) and fitness is the key.

"Luckily, we are going early in the UAE, so I think, right now there is humidity in Dubai, the weather is 40 degrees Celsius, sandstorm is there, but the best thing in Dubai is you don't have logistics problem, it is 45 minutes from Dubai to Abu Dhabi, you go from there to Sharjah it's 40 minutes," he added.