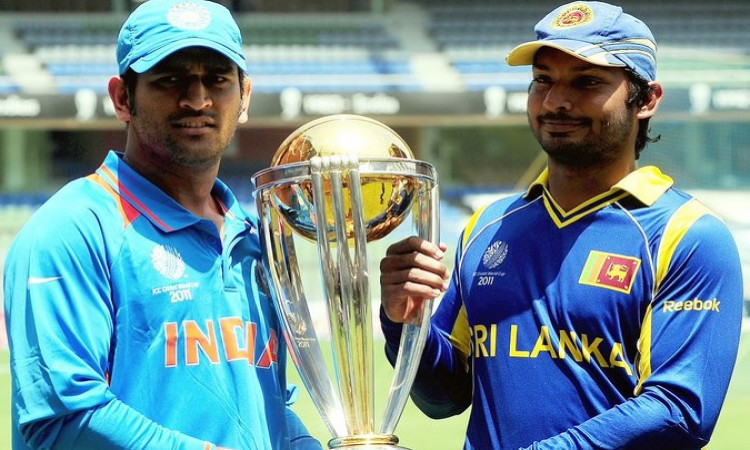 Colombo, June 22:  Sri Lanka batting legend Aravinda de Silva has said that the claims made by country's former Sports Minister Mahindananda Aluthgamage that the 2011 World Cup final was fixed are "lies". He, however, urged the International Cricket Council, the Board of Control for Cricket in India and Sri Lanka Cricket to launch an investigation.

"We cannot let people get away all the time with lies. I request everyone, ICC, BCCI, and SLC to investigate this immediately," Silva told Sri Lankan newspaper Sunday Times.

The former SLC chairman of selectors said legends like Sachin Tendulkar, who won his maiden World Cup in 2011, deserve the respect and that's why it's the duty of the Indian government and BCCI to initiate an impartial probe.

"Just like we cherished our World Cup victory, players like Sachin (Tendulkar) cherish these moments for the rest of their lives. I think in the interest of Sachin and the millions of cricket fans across India, it's the duty of the Indian government and their cricket board to initiate an impartial inquiry to see whether they have won a fixed World Cup," de Silva said.

"When serious allegations like these are being made, it affects a lot of people. In this case not only us, the selectors, the players, and the team management but Indian cricketers who deservingly won the world title. We need to clear this once and for all for the greater good of the game we love," he added.

Aluthgamage had earlier stated in an interview that the match, which India won at the Wankhede Stadium in Mumbai in 2011, was "fixed."

"The 2011 Cricket World Cup final was fixed. I stand by what I say. It took place when I was the minister of sports," Aluthgamage told Sri Lankan outlet newsfirst.lk.

Meanwhile, Sri Lanka's Sports Ministry has also launched an inquiry into match-fixing allegations with regard to 2011 World Cup final. The Special Investigations Unit of the ministry would be looking into the matter.

On April 2, 2011, India had won their second ODI World Cup title riding on the heroics of Gautam Gambhir and then skipper MS Dhoni. Batting first, Sri Lanka posted a commanding total of 274/6 in 50 overs with Mahela Jayawardene (103*) slamming an unbeaten ton.

Chasing the target, half-centuries from Gambhir (97) and Dhoni (91*) helped the team get over the line with 10 balls to spare.