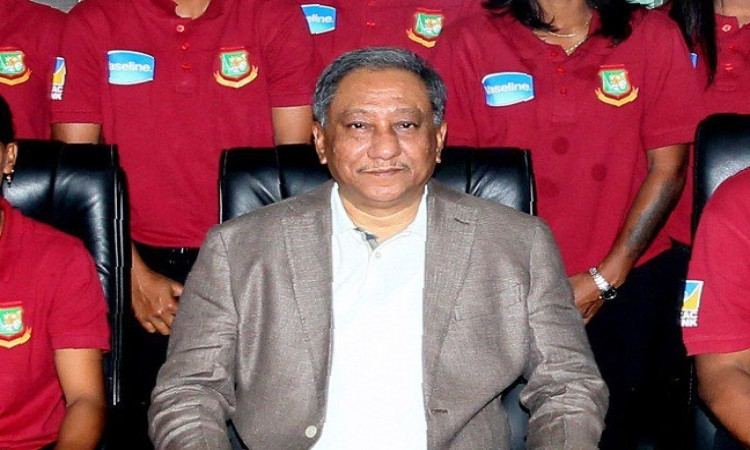 Dhaka, Dec 15: Bangladesh Cricket Board (BCB) president Nazmul Hassan said that it won't be forcing the members of the national team to travel to Pakistan for the upcoming tour even if they receive a security clearance.

The Pakistan Cricket Board (PCB) has sent an itinerary for a tour of the country consisting of two Tests and three T20Is in January and February next year. While the BCB is awaiting a security clearance before responding, Hassan said that the consent of the players and team management would also be paramount.

BCB had earlier sent the national women's national team and the Bangladesh under-16 team to tour the country earlier this year.

"We have applied to the government to know whether we will get the security clearance for Pakistan series," said Hassan.

"Two of our teams visited Pakistan before. One is the women's team and other is the boy's team. We are yet to get the security clearance for the national team. But, if you ask me about security, it should be the same either it is the under-12 or the national team. We are assuming that we will get the security clearance. But, we are yet to receive it. When we have it [the report] in our hand, we can inform about our decision.

"After security clearance, it will be the opinion of the cricketers. We want to hear who wants to go or who doesn't. There are a lot of matters including the board. After getting the clearance we will sit to discuss about these things. We hope that we can make a final decision within next four to five days."

Pakistan's bid to get international cricket back to the country got a boost with the ongoing Test series against Sri Lanka. The first Test is being played in Rawalpindi while the second will be played in Karachi starting on December 19.