Buttler To Open For England In Australia T20Is, Confirms Morgan 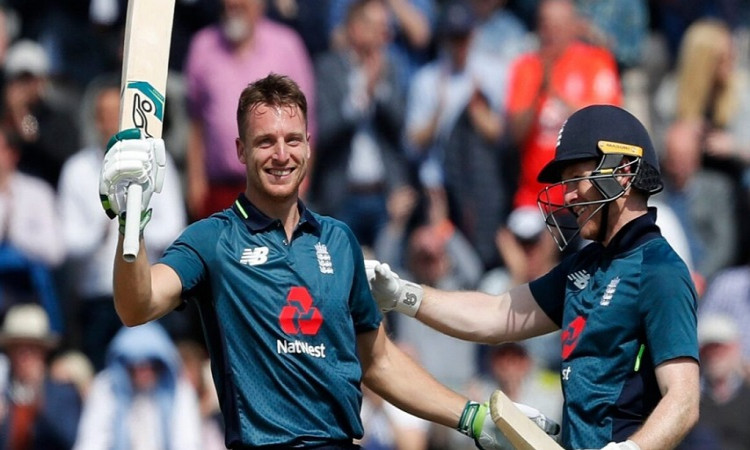 England captain Eoin Morgan has said Jos Buttler will continue to open the batting in the T20I series against Australia.

"Yes, he will (open), with Jonny (Bairstow)," Morgan confirmed as quoted by Sky Sports ahead of the opening T20I on Friday.

"Like I've said before, we will continue with this until we feel the need that it's not working.

"We feel that Jason (Roy), Jonny and Jos are three of our greatest-ever white-ball players - unbelievable strikers of the ball, batsmen you do not want to bowl against - so if one out of the three of them gets going past the first six overs of the powerplay and into the middle overs, it puts us in a really strong position for the last 14.

"We always pose the question of, 'how do we get the best out of all of our players?', and when you talk about those three guys specifically, it's more obvious with Jonny and Jason batting at the top of the order.

"But, trying to get the best out of Jos, at the moment we feel the more balls he faces, the more influence he can have on the game.

"If it gets to fine-tuning things down the line and that hasn't necessarily worked out, we can always fall back on Jos in the middle order," he added.

The England captain further said Aussies will have a slight edge over them as the No. 1 T20 side have the firepower to beat the 50-over World champions.

England are not quite a full strength, with Jason Roy injured and Ben Stokes still unavailable for family reasons as his father battles brain cancer.

"Probably Australia," he said when asked which team holds the edge. "They have their strongest squad here, so will probably be putting out their best XI. So, if you're to go on that, I'd say they're just favourites.

"For the first time this summer we are seeing the majority of our best team on the park and that's great.

"Bar injury and absent players, which is only a couple, we are at full strength and that is a nice place to be every now and then.

"We don't have to pick our best XI every series that we play because we can't put all our eggs in one basket. We need 16 or 17 players in the lead up to World Cup selection all vying for selection in the best 15," he added.