New Delhi, Dec 23 :  Pace spearhead Jasprit Bumrah is all set to make a return to the national set-up as he has been included in both the T20I and ODI squads for Sri Lanka and Australia respectively. 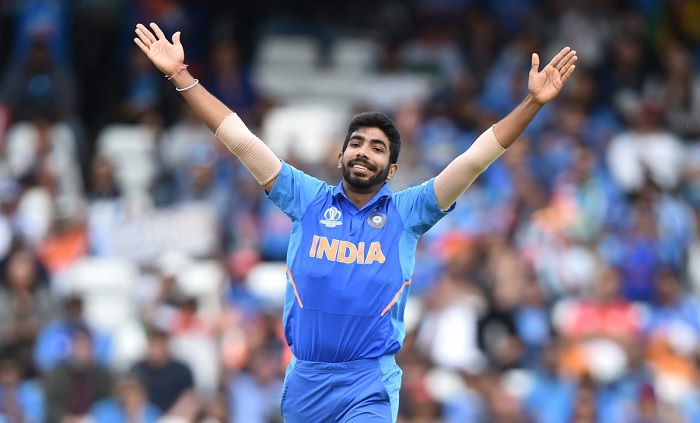 While speculation was rife that he might have to wait till the Australia series for a comeback, the national selectors have decided to bring him in for the Lanka series.

"Jasprit Bumrah is back in both the teams for Sri Lanka and Australia and we have rested Rohit Sharma and Mohammed Shami for the Sri Lanka T20s. Shikhar Dhawan also comes back and Sanju Samson will be the back-up opener in T20s," chairman of selectors MSK Prasad told reporters here.

Bumrah has been out of action post India's tour of West Indies in July-August due to a stress fracture on his back.

However, he trained with the Men in Blue at the nets during their practice session ahead of the second ODI of the recently-concluded three match series against the West Indies at the ACA-VDCA stadium. The trainer and physio gave him the green signal and he was given the go-ahead to join the team.

As reported by IANS, the Indian team management had called Bumrah to Vizag to assess the pacer's recovery after undergoing rehabilitation for the stress fracture. While his body was on auto-heal mode, he still went to the UK for consultation as the BCCI didn't want to take any chance with the pacer's back.

Meanwhile, star opener Rohit Sharma and Mohammad Shami have been rested for the three-match T20I series against Sri Lanka. The national selectors also recalled opener Shikhar Dhawan in both the squads.

"Against Australia, we have all three openers available --Shikhar, Rohit and KL Rahul," Prasad said.

Dhawan hurt his knee during the Syed Mushtaq Ali Trophy recently and was ruled out of both the T20I and ODI squads that played against the West Indies.

Deepak Chahar, meanwhile, has aggravated his back injury and will be out till the start of next year's IPL, said Prasad.

On Hardik Pandya, Prasad said the all-rounder could only be available in the second half of the New Zealand tour.

"(As for) Hardik, we will have a look at him in the third week of January," Prasad said.

Prasad did not want to comment on Mahendra Singh Dhoni's availability.

"I can't comment on that. Mahi has to first play to be available for selection," said Prasad.

With Chahar out till April and Bhuvneshwar Kumar nursing a sports hernia, India would be shorn of bowling options but Prasad said there is no cause of concern as they have backup.

"Deepak was doing well as he played the Vijay Hazare Trophy and suddenly he aggravated his back in the second ODI in Visakhapatnam.

"We have created enough back up and we have a good talent pool of fast bowlers. We also have Khaleel (Ahmed), who is playing Ranji Trophy and Navdeep (Saini) will replace Shami in T20s," he said.

India will be playing three T20Is against Sri Lanka on January 5, 7 and 10 while the ODI series against Australia will be played from January 14 to 19.