Manchester, July 29:  Former Australia spinner Shane Warne has heaped praise on Stuart Broad for his show in the recently-concluded series against West Indies and stated the England fast-bowler stands a good chance of ending his career with 700 wickets in the longest format. 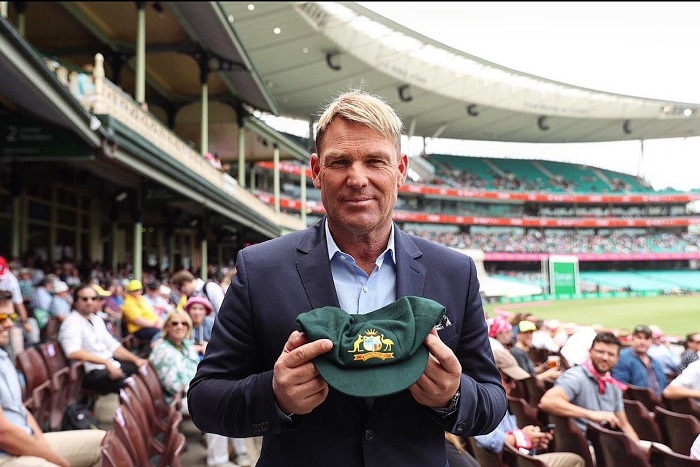 After sitting out of the first Test in Southampton, which England lost, Broad put on a stunning show with the ball in the final two Tests in Manchester, helping the hosts register a 2-1 series win.


Broad had a spring in his step & was out there on mission: Sachin Tendulkar

The 34-year-old was named Man of the Series as he ended with 16 wickets in just two matches, the highest among the two teams. On the last day of the third Test, he also became the second Englishman after James Anderson to scalp 500 wickets in the format.

Warne took to social media to praise Broad and tweeted: "Congrats on the win & on 500th wicket too mate and at only 34 years of age - still plenty of time left, 700+ a good chance."

Broad became the second-youngest to conquer Mt. 500 as Sri Lanka great Muttiah Muralitharan reached the milestone at the age of 31. However, Broad was the slowest to reach this mark among the special seven as he took 140 Tests to do so.

Broad, meanwhile, has already set his targets on the upcoming series Pakistan which starts August 5. The two teams are scheduled to play three Tests and as many T20Is.

Venkatesh Iyer Misses On 200 By 2 Runs At Vijay…

Asia Cup To Be Postponed If India Reach World Test…

Bat Has To Be 1st Line Of Defence On Such…