Right-arm fast bowler Mohammed Siraj on Friday once again found himself at the receiving end of rude behaviour from spectators as he was repeatedly labelled a "grub" by a group on the opening day of the fourth and final Test between Australia and India at the Gabba. 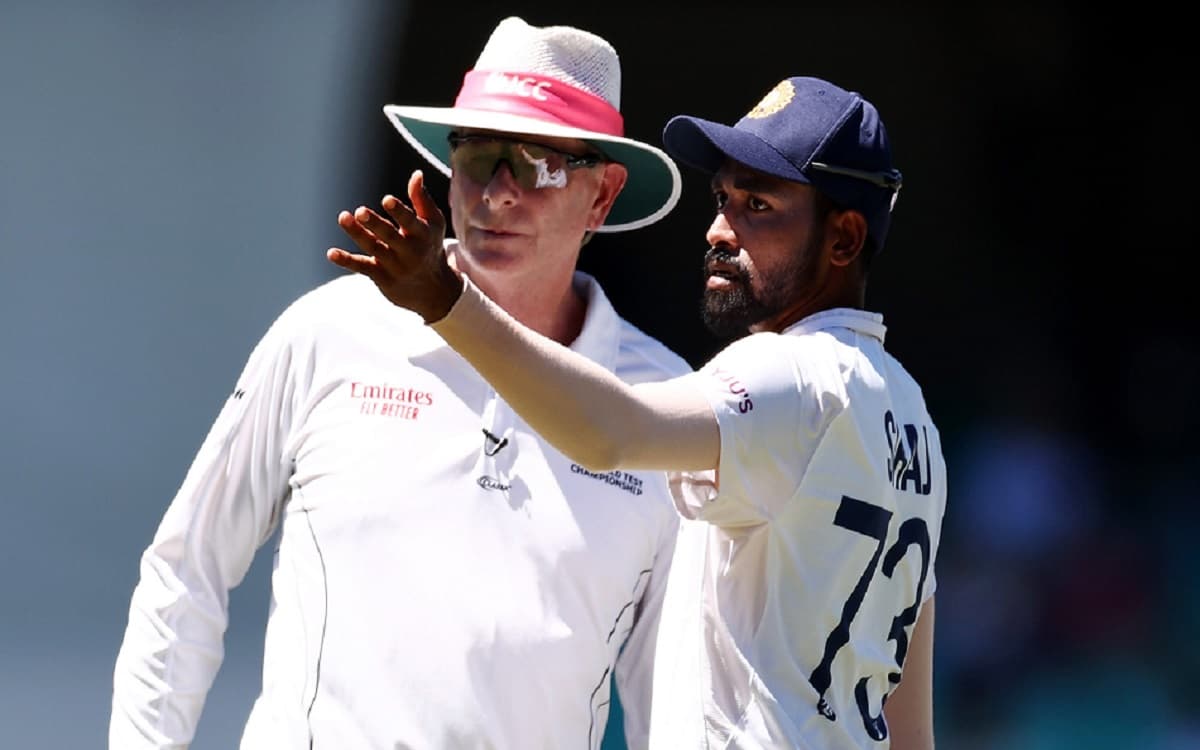 A report in Sydney Morning Herald quoted a spectator as saying that Siraj was repeatedly called a "grub" by vocal spectators in front of Section 215 and 216 at the stadium.

'Grub', an Australian slang, is used for a person who is unclean or who has messy habits.

According to the spectator, debutant off-spinner Washington Sundar was also subjected to the same chat from the unruly section.

"The guys behind me have been calling - shouting - both Washington and Siraj grubs," a spectator named Kate was quoted as saying in the report.

"It started targetted at Siraj and it was a chant similar to the SCG one [in which fans sang to the tune of Que Sera, Sera but substituted the lyrics with Que Shiraz, Shiraz]. But this time it was Siraj. I suspect it's not a coincidence that it's Siraj being targeted post the SCG stuff," she added.

The report further said that the spectator was seated in a section of the stadium where several men dressed as lifeguards had a beer snake dismantled by security guards and another man was escorted out of the ground for standing on his seat and starting an "Aussie, Aussie, Aussie" chant.

This is not the first instance when Indian players have been targeted by spectators. During the drawn third Test in Sydney, Siraj and Jasprit Bumrah had complained about racial abuse they were subjected to by a section of the crowd at the Sydney Cricket Ground on Day Three and Four. These incidents were condemned by all across the cricket spectrum.

Before the start of the final Test, Australia captain Tim Paine had urged the Brisbane crowd to treat the visiting team respectfully.

"In terms of crowd behaviour, we don't condone the abuse of anyone, let alone from the racial standpoint," Paine had said on the eve of the fourth Test on Thursday. "So we want people to come along to the Gabba, enjoy the game of cricket, support Australia, support India. Support the umpires, if you like. But my suggestion is you leave the abuse at the gate and just respect the players, respect the game and have a good time."