Brisbane Test: Australia Bowled Out For 369, India Picked Up 5 Wickets For 95 Runs

India took five wickets in the second day's first session to bowl Australia out for 369 on the stroke of lunch in the series-deciding fourth Test in Brisbane On Saturday. After resuming at 274 for five at the Gabba, the Australians lost five wickets in the morning session including the overnight batsmen Tim Paine and Cameron Green. 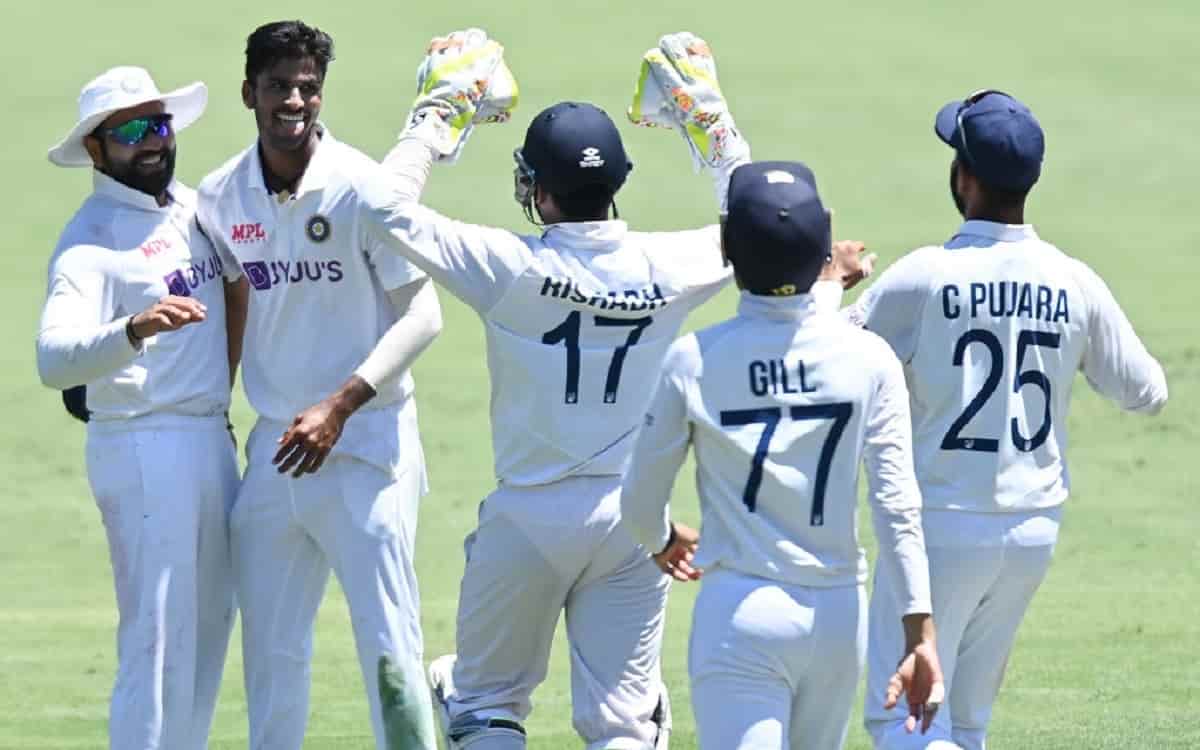 Paine and Green had started aggressively on a flat batting wicket and looked to push the score beyond 400.

But shortly after reaching his half-century, Paine chased a wide ball from Shardul Thakur (3-94) and edged to Rohit Sharma at third slip to leave Australia 311 for six.

Green survived a sharp chance on 45 off Washington Sundar but two runs later, the off-spinner got his revenge when he bowled the Australian number six for 47.

Thakur, playing only his second Test, took his third wicket when he trapped Pat Cummins leg-before for two to leave the hosts struggling at 315 for seven.

However, Nathan Lyon and Mitchell Starc went on the attack and the score raced to 354 before Sundar bowled Lyon around his legs after his quickfire 24 off 22 deliveries.

When T. Natarajan bowled Josh Hazlewood to end the innings, the inexperienced Indian attack had completed an impressive comeback on a hot and humid Brisbane morning.

Australia will be disappointed with their total considering the benign nature of the wicket.

While many of the Australian batsmen got starts, only Marnus Labuschagne was able to convert, his 108 on Friday the standout for the home team.

The Indian attack features two players making their debut -- Natarajan (3-78) and Sundar (3-89) -- while their most experienced bowler, Mohammad Siraj, is playing just his third Test following a raft of injures to their first-choice bowlers.

To compound their problems, Navdeep Saini was only able to bowl 7.5 overs on the first day before he broke down with a groin injury.

However, they bowled with discipline and were helped by some injudicious shot selection by their opponents.