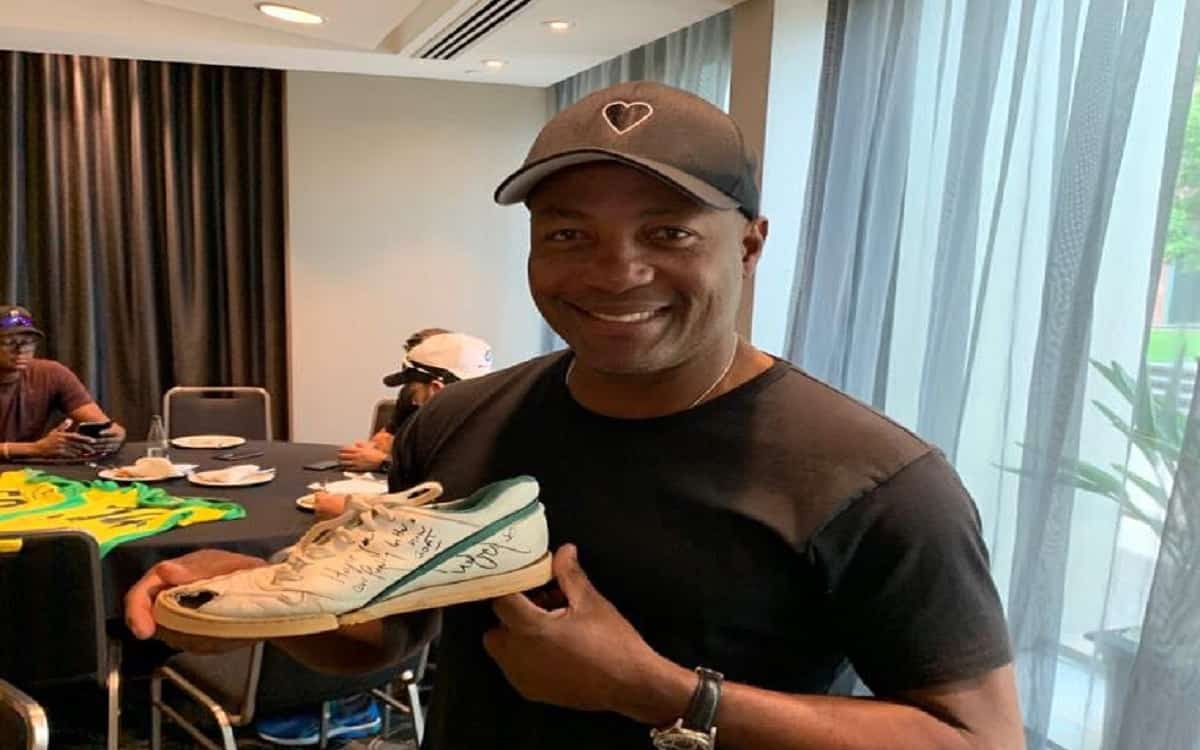 Left-arm fast bowler Akram, known for his deadly yorkers, posted a picture of Lara on social media, where the West Indian great is seen holding a shoe with the toe region completely worn out.

"The Prince of Trinidad never ceases to amaze, years after retirement from the game! We met at a charity and he brought this shoe with him to make sure I would sign it - he'd held on to it since 1992 WC when I hit him on the toe (after he got 88!) Hold a grudge much, @BrianLara?" tweeted Akram. Akram didn't mention in his post when, or where, the charity event was held.

In the match played at the Melbourne Cricket Ground on February 23, 1992, Pakistan notched up 220 for two wickets in 50 overs with Rameez Raja and skipper Javed Miandad remaining unbeaten on 102 and 57 runs, respectively.

In reply, West Indies riding on an unbeaten 93 from Desmond Haynes and an 88 from Lara, who retired hurt after being struck by the Akram Yorker, won the contest by 10 wickets. The Imran Khan-led Pakistan went on to win the World Cup.