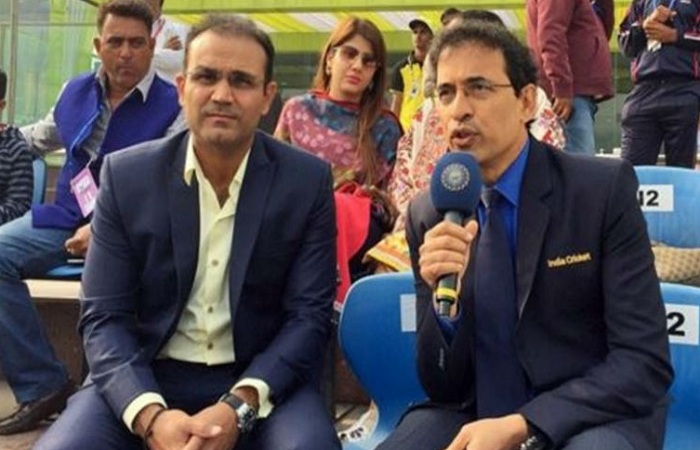 According to a fan survey by an online community called Indian Sports Fans, Harsha Bhogle bagged 40 percent votes as the most interesting commentator.

The survey also voted Virender Sehwag as the most interesting and informative twitter handle. Former India opener got 56 percent of the votes.

According to sports fans, Sehwag's tweets are not only informative, but also include a dash of humour. His current twitter is 17.4 million.

Virat Kohli's Twitter handle was voted the second most entertaining and informative with 11 percent of the votes.

The survey was conducted from May 12 to 25 and included 4,802 respondents across 10 cities.

The survey recently announced Mahendra Singh Dhoni as the most revered cricketer while the iconic Wankhede Stadium was chosen as the best stadium.