Melbourne, Aug 8:  Cricket Australia believe they still have a lot of time left to decide whether they would shift the Boxing Day Test match between India and Australia from the Melbourne Cricket Ground amid the spike in COVID-19 cases in the state of Victoria. 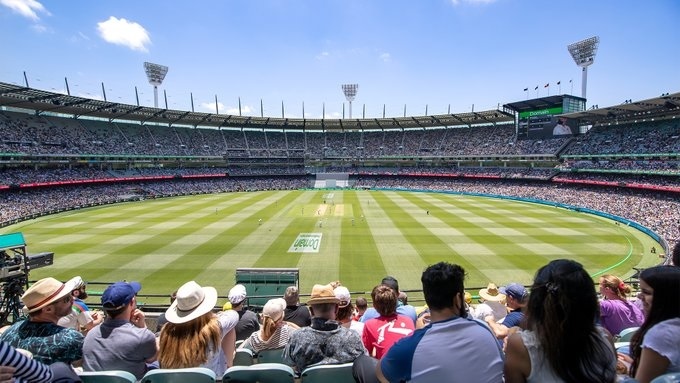 Victoria is currently in the grip of a second wave of COVID-19 cases, putting Melbourne significantly behind the rest of the country in its recovery from the pandemic and putting into question its readiness to host major events.

"It comes down to if we can get a crowd at the MCG, we'll play at the MCG," Cricket Australia interim chief executive Nick Hockley told reporters on Saturday, reports cricket.com.au.

"All the restrictions that are ongoing, we are just hopeful that they take very quick effect and we get back on top of the situation and people can get out and about, we can get back to crowds and get back to live events.

"We are full steam ahead with the planning (for Boxing Day at the MCG) in the anticipation that we'll be back to some level of normalcy by that point in time.

"It's one of the most iconic events on the Australian sporting calendar. Certainly at this stage we are planning full steam ahead," he added.

The four Tests of the much-anticipated Border-Gavaskar Trophy are currently scheduled to be held at Gabba, Adelaide Oval, MCG and the SCG respectively starting December 3.

Hockley further said that they are in "constructive" discussions with the Board of Control for Cricket in India (BCCI) and the government to make sure CA gets all the travel exemptions for the Indian cricket team to come.

The CA interim chief executive however added that the board is developing alternative options as well.

"We are having to remain agile, certainly we're looking at contingency planning across the entire summer," he said. "Not necessarily specific to certain matches, but our entire events.

"As things change we're doing everything we can and we have all the back-up arrangements to make sure we get cricket played," he added.

Earlier, Cricket Australia had said that the current schedule is subject to change and there are plenty of options being considered, including the use of hubs for the Tests against India and the Big Bash.

Last month, it had said it is working towards preparing Adelaide Oval in such a way that Australia and India cricketers get the best training facilities during the quarantine period before the Test series scheduled to be played later this year.