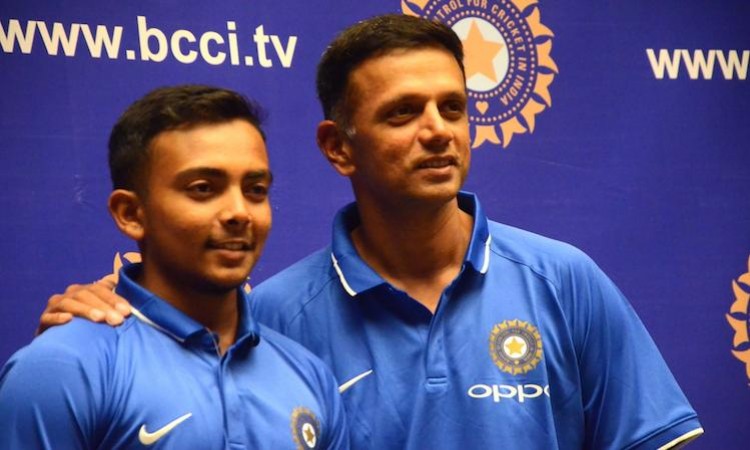 Mumbai, Feb 3 - Celebrities like Amitabh Bachchan, Shah Rukh Khan and Farhan Akhtar among many others have congratulated the Indian Under 19 team for lifting the ICC U19 World Cup for a record fourth time.

India defeated Australia by eight wickets to claim the ICC U19 World Cup in New Zealand on Saturday.

Here's what the celebs have tweeted:

Amitabh Bachchan: Yeah! India Champions! Under 19 world cricket champions. The only nation to have won four times! Amazing! Well done India U19 cricket, you have given us such pride and joy.

Shah Rukh Khan: Wow. What a proud moment for young India. Well done little ones… May you keep conquering the world.

Suniel Shetty: Out numbering their age with their scores! A team trained by ‘The Wall' had to stand tall! What a glorious win team Under 19! Kudos Rahul Dravid.

Farhan Akhtar: Congratulations team India. Well played. Well deserved. And a special mention for Rahul Dravid who is giving back to the game like a true champion.

Arjun Kapoor: We are the champions! Congrats under 19 team India for this amazing victory.

Vivek Anand Oberoi: Congrats team India under 19 and the amazing Rahul Dravid. So proud of you! Unbeaten champs through the tournament! Four world titles a record we are all so proud.

S.S Rajamouli: Congratulations India U-19 team for winning the World Cup for the 4th time. Fantastic. So elated that both the senior team and U-19 team have the best fast bowling attacks.

Saiyami Kher: World champions! What a dominating performance by team India... Incredible! Prithvi Shaw congratulations to you and the boys! Rahul Dravid you genius. Thank you.