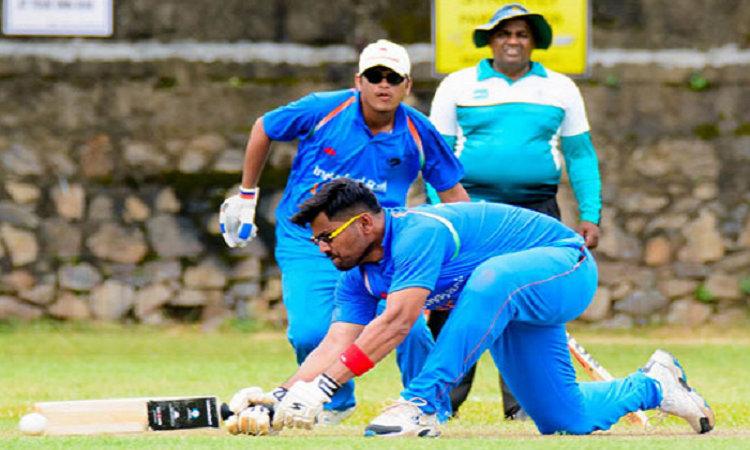 Kolkata, Oct 1 (CRICKETNMORE): Blind cricketers from India, England and Sri Lanka would take part in the upcoming bilateral and triangular cricket series scheduled for October 2-27 across the country, organisers said on Sunday.

Samarthanam and Cricket Association for the Blind in India (CABI) are organising the series.

India during the day announced a 17-member squad for a three-match T20 series with England - the first bilateral series between the two countries.

The matches will be held on October 2, 3 and 4 at SSE Sports ground, Tanisandra near Hajbhavan, Bangalore. Indus Ind Bank are the major sponsors of the series.

Sri Lanka will join to play a triangular series in Bangalore and Goa, and later half of the month India and Sri Lanka will play a bilateral series in other parts of the country.

The dates for the triangular and India and Sri Lanka Bilateral will be announced later, they said.

Mahantesh GK, President of Cricket Association for the Blind in India (CABI), World Blind Cricket and Founder Managing Trustee of Samarthanam, said: "Blind cricketers are blessed with immense potential and bilateral and triangular series is a perfect stage to display their determination."