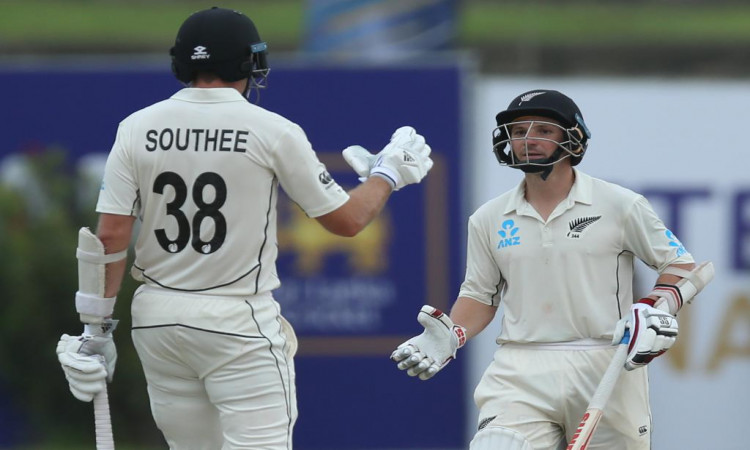 Galle, Aug 16: New Zealand stacked up a 177-run lead on Day 3 of their first Test against Sri Lanka in Galle. Sri Lanka were all out for 267 in the first session, thus leading by 18 runs and the Kiwis could cross that only at the cost of their opener Jeet Raval.

While they didn't lose any more wickets in the first session, Lasith Embuldeniya picked the big wickets of skipper Kane Williamson and Ross Taylor in his first two overs in the second session. Sri Lanka depended on their spinners to reap dividends in the second session with Akila Dananjaya dismissing Tom Latham when the latter was five runs away from his half century. Henry Nicholls was dismissed by Dhananjaya de Silva.

Tim Southee then gave B.J. Watling company and the pair managed to put on 54 runs for the seventh wicket. Watling scored his 17th Test fifty but New Zealand lost Southee in the over after that when he became Embuldeniya's fourth wicket of the day. Six more overs were bowler after that before umpires took the players off the pitch due to bad light. Stumps was announced shortly thereafter.

The early stumps means that play will resume 15 minutes early on Day 4. Watling will be looking to score as many runs as he can with the tailenders so as to give the New Zealand bowlers a chance to dismiss the hosts and take a 1-0 lead in the two-Test series.