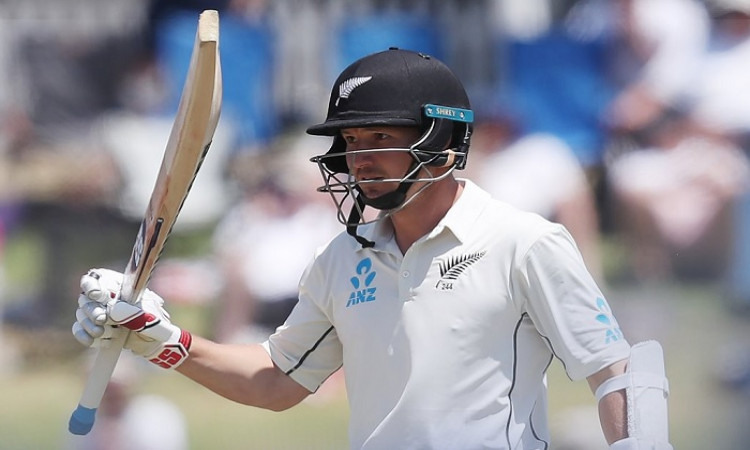 Mount Maunganui, Nov 24: BJ Watling on Sunday became the first New Zealand wicketkeeper-batsman to score a double hundred in Test cricket. Watling achieved the feat on the fourth day of the ongoing first Test against England at the Bay Oval.

The 34-year-old scored played a brilliant knock of 205 runs. His 473-ball inning was studded with 24 fours and a six. Alongwith left-arm spinner Mitchell Santner -- who also scored his highest Test score of 126 -- Watling stitched a 261-run partnership for the seventh wicket.

The Black Caps' first innings ended at 615-9 declared -- their highest total against England -- soon after Watling was caught behind off Jofra Archer.

Former New Zealand captain Brendon McCullum earlier held the record for scoring the highest runs by a Black Caps wicketkeeper. McCullum had scored 185 runs against Bangladesh at Hamilton in 2010.

Former India skipper M.S. Dhoni holds the record for the highest score by an Indian stumper. Dhoni had scored 224 runs against Australia at Chennai in 2013.

The record for the highest score by a wicketkeeper in Test cricket belongs to Andy Flower who had scored 232 not out against India at Nagpur in 2000, followed by Kumar Sangakkara who had played a knock of 230 runs against Pakistan at Lahore in 2003.